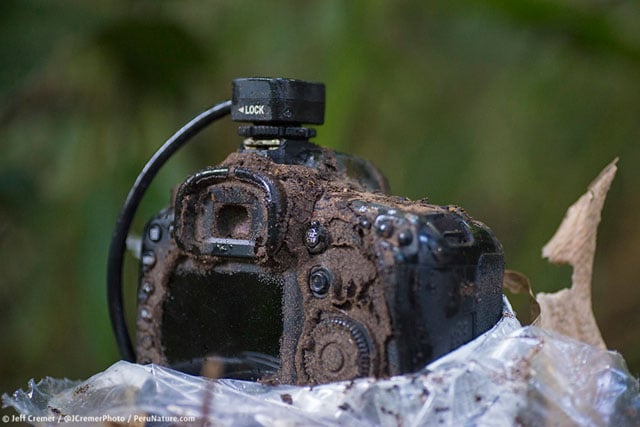 Wildlife photographer Jeff Cremer of Rainforest Expeditions recently set up a special DSLR camera trap in the Amazon jungle in southeastern Peru. His goal was to capture some photos of rare jungle animals, but he got a lot more than he bargained for: a termite infestation in his camera. 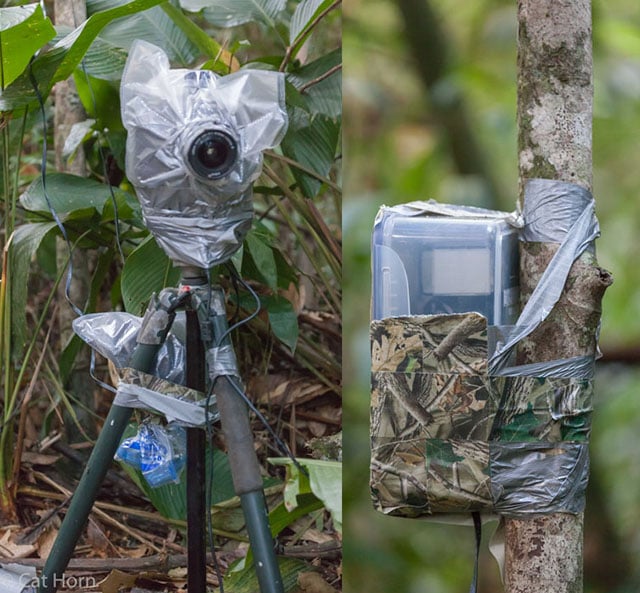 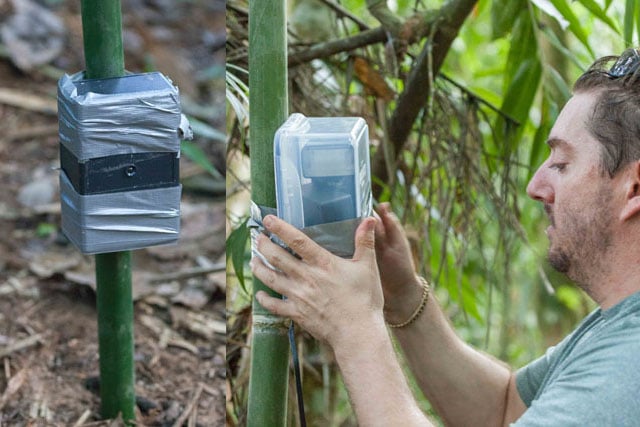 When he returned to check up on the camera a month later, Cremer was shocked to find that termites had decided to build a nest in and around the DSLR, destroying it in the process. 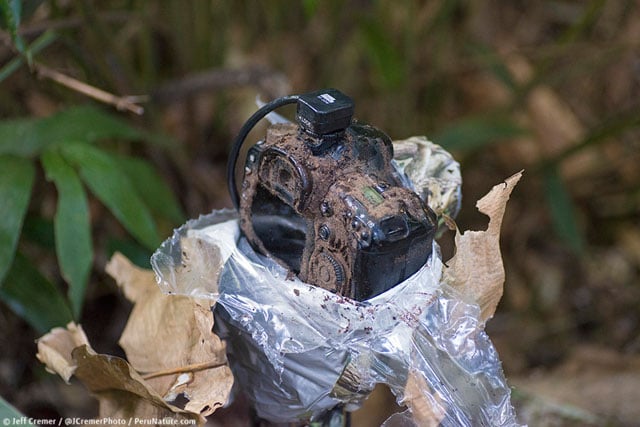 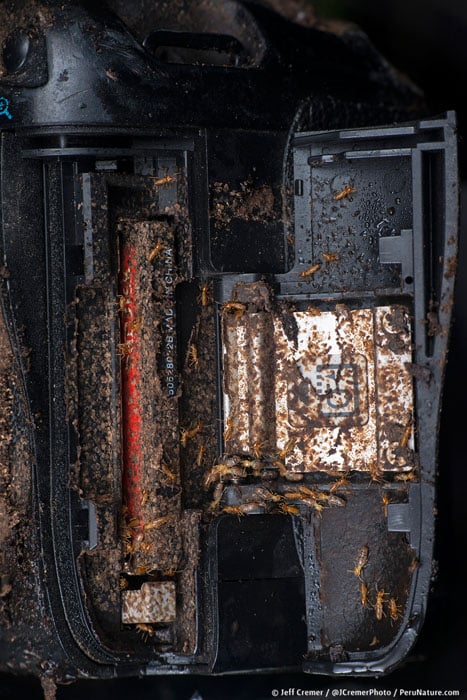 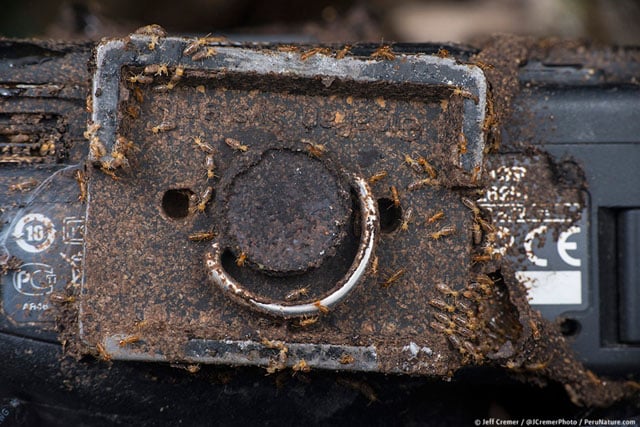 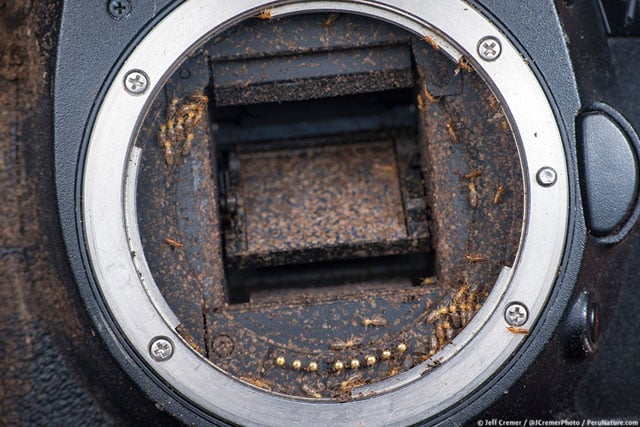 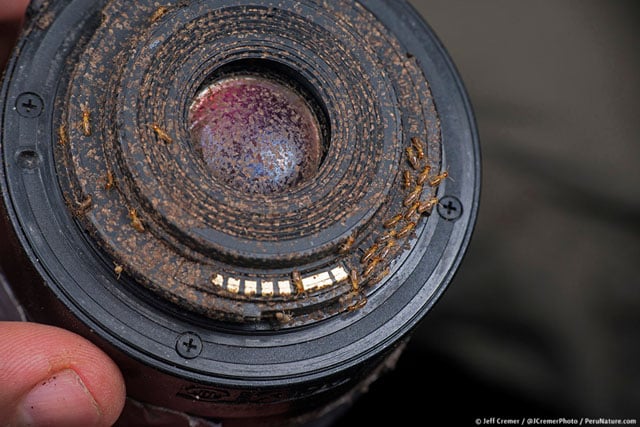 “They even started eating the memory card that was inside the camera,” Cremer says. 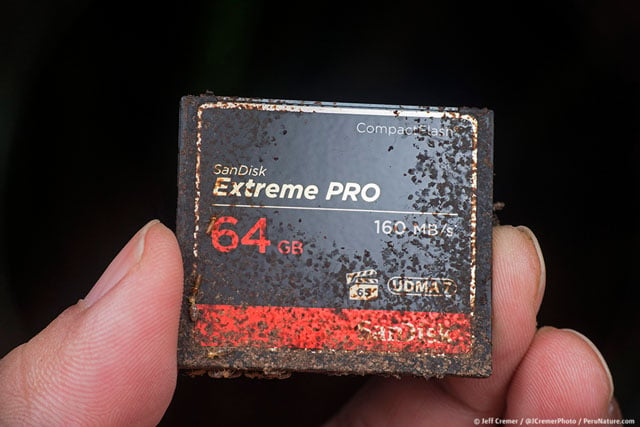 “In the Amazon, every single niche is exploited, including Canon camera bodies,” says entomologist Aaron Pomerantz. “Maybe because Jeff weatherproofed it so well the termites found it to be a suitable fortress to colonize.”

Fortunately for Cremer, the data on his memory card actually survived intact, and on that card were amazing photos of a number of rare animals: 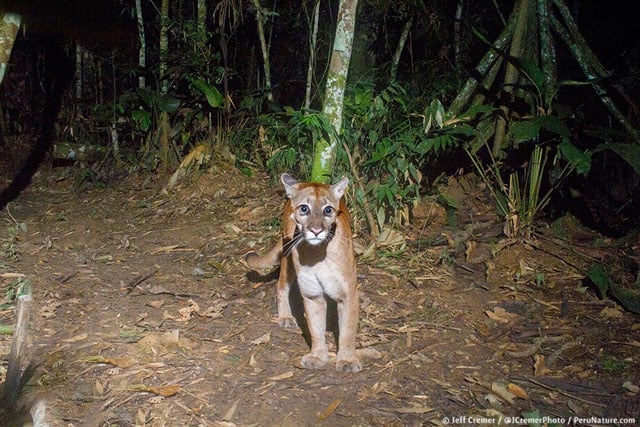 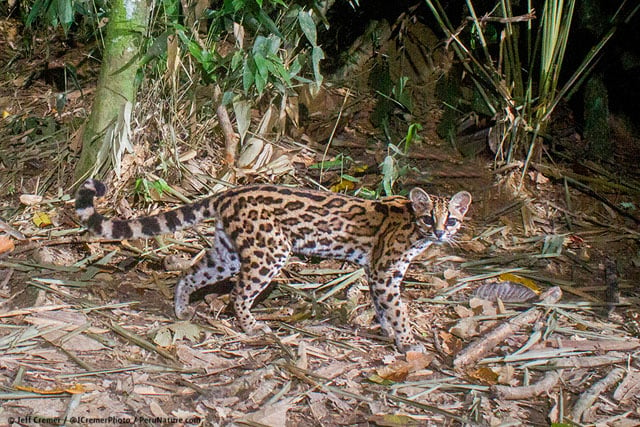 Here’s a 13-minute video in which Cremer shares a behind-the-scenes look at how this camera trap was made and used:

(via Jeff Cremer via Gizmodo)

Image credits: Photographs and video by Jeff Cremer and Cat Horn and used with permission