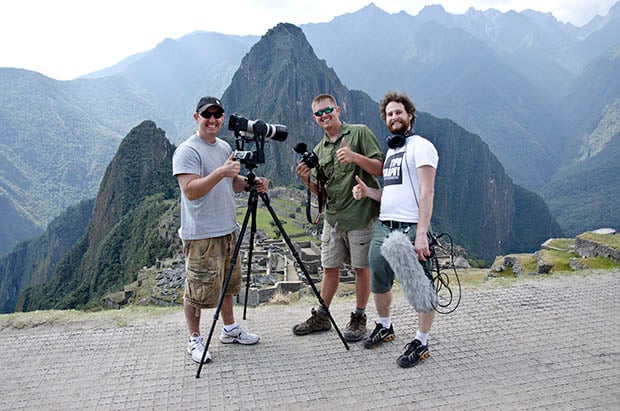 Photographer Jeff Cremer recently captured the highest-resolution photo ever shot of Machu Picchu, the most popular tourist destination in Peru and one of the New 7 Wonders of the World. Unlike other gigapixel projects that we’ve shared here in the past, this one is very well documented, offering an interesting behind-the-scenes look at how these gargantuan images are made.


Here are a couple of videos by Cremer and Destin of Smarter Every Day, who accompanied Cremer on the trip (the first video offers a more technical look):

The resulting photograph weighs in at just under 16 gigapixels in resolution, and can be viewed through this online viewer. Just to give you an idea of how massive the photo actually is, here’s the full image along with a 100% crop of a tiny portion in the frame: 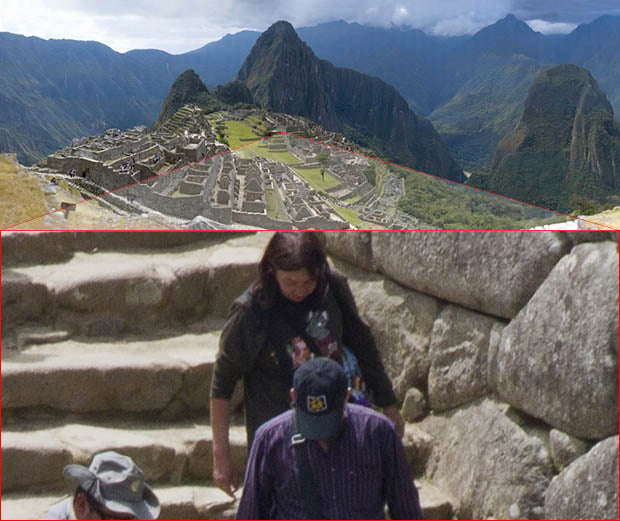 Cremer tells us that he used a GigaPan robotic camera mount, a Canon 7D and a Canon 400mm lens for the panorama, which consists of 1,920 individual 18MP RAW photographs. He chose the 7D due to the fact that the crop factor would give it extra reach, effectively turning the 400mm lens into a 640mm one. He used a low ISO but a fast shutter speed of 1/640. 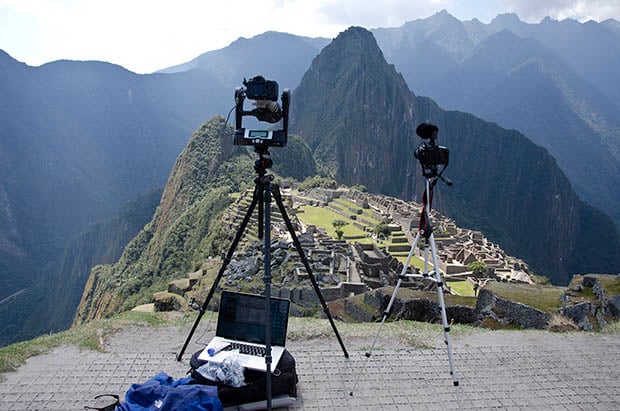 Once he had the nearly 2,000 stills, he processed all the RAW files in Adobe Bridge, and then sent them off to a friend for processing. It took a Mac Pro Hexacore 2.67Ghz computer loaded with 32GB of RAM 1.5 hours to stitch the panorama together, creating a 47GB file. Uploading the photo to GigaPan’s website took 11.5 hours.

Here’s what Destin tells us about planning and executing the shot:

This shot took months to plan. Jeff lives in Peru, so he worked on all the paperwork before we got there. We flew to Cusco, then took a shuttle to a train station from which we travelled to Aguas Calientes. We planned on getting everything in one day and return the second day to play, but we left unsatisfied. On the last day we spent the money we had brought for souveniers to buy another ticket so we could take one last crack at the shot. In the end, we shot the panorama three different times, on three different days.

Jeff Cremer kept fighting software crashes to get the shot. It was almost comical because most people travel to MP to relax, explore, and unwind. For us, it ended up being a stressful mix of trying to secure all the paperwork, manage all our equipment, data storage, and batteries. I’ve taken high speed cameras to very remote areas, and Jeff has lived as a photographer in the Peruvian Rain Forest for years, so we were used to managing high tech equpment in rough locations.

The thing I found most interesting about this image is that Jeff had to adjust the focus every few rows because the city of Machu Picchu was much closer than the mountain, Huayna Picchu in the background. I also found the continually changing clouds and the moving people to be quite interesting as well. In the end, Jeff decided to publish the final Gigapan we took. As an added bonus, we decided to hide out in the photo to add a little “Where’s Waldo” aspect to the game.

Head on over to the photo’s official website to zoom into the scene yourself and to find the “Waldos.”

Image credits: Photographs and videos by Jeff Cremer/Destin S and used with permission