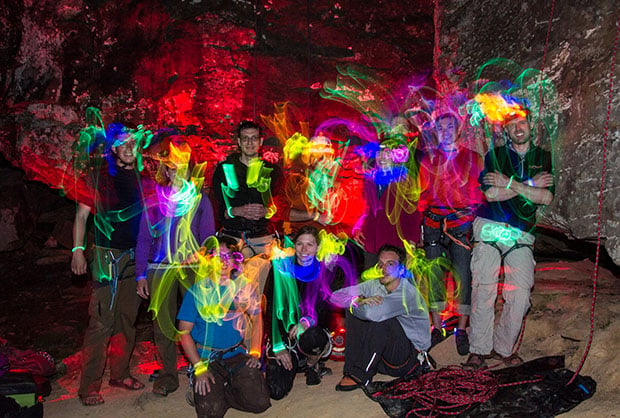 What do you get when you combine rock climbers, glow sticks, and long-exposure photographs? Answer: some pretty neat light painting pictures.

St. Paul, Minnesota-based photographer and rock climbing enthusiast Matt Holland was able to experiment with rock-climbing light-painting photography recently when he went climbing at night with a group of friends in Jasper, Arkansas. 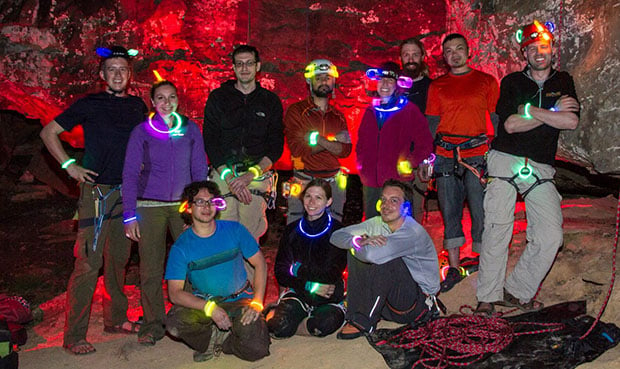 All the climbers were decked out with red headlamps and bright chemical glow sticks. The glow sticks were of the bracelet/necklace variety, so they were worn on arms, legs, helmets, harnesses, and shoes. The headlamps helped illuminate the rock face while the glow sticks added colorful light trails showing the climbs. Holland was using a Canon 7D and a 15-85mm EF-S lens, “wide open at f/3.5 and zoomed out”. To capture the exposures, he used a cheapo Canon cable intervalometer as his remote shutter release, and used bulb mode to start exposures when the climbs began and stop them when the climbers reached the top.

Exposure times for full climb photos ranged from around three minutes to around five minutes.

Here are a few of the resulting light painting photographs from the climbs: 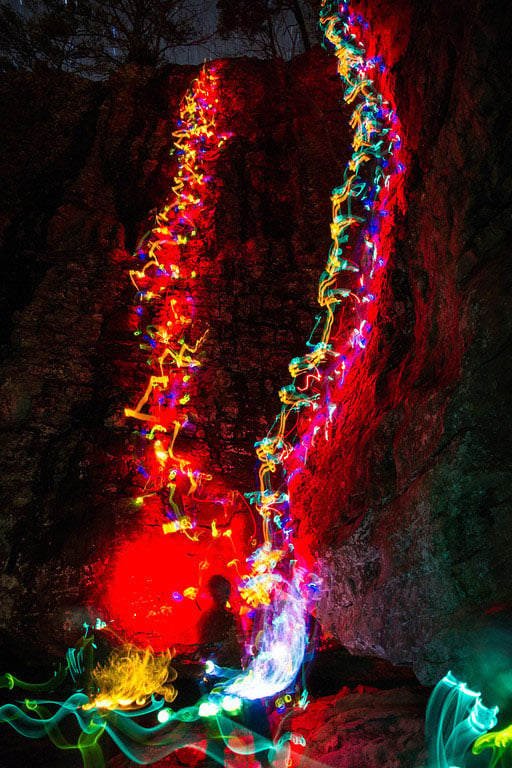 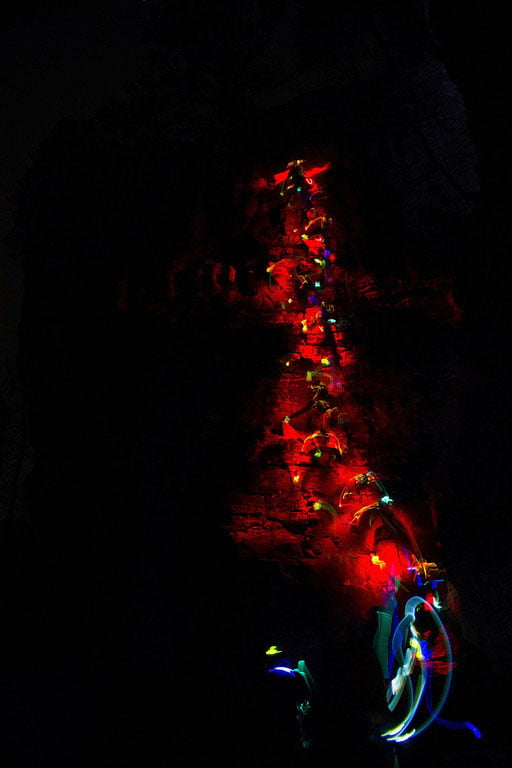 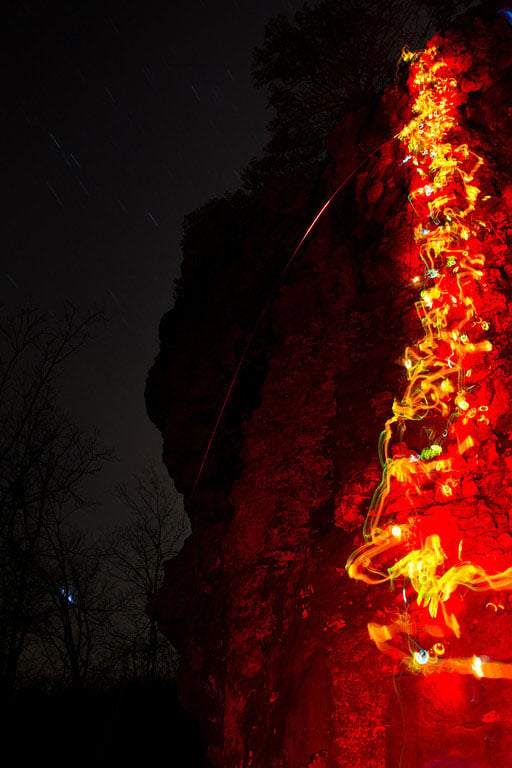 Holland tells us he was inspired to send in these photographs after seeing our post earlier this week on photographers who dropped glow sticks into waterfalls as a light painting experiment. You can find more of Holland’s photographs from the light-painting climbing session here.

Image credits: Photographs by Matt Holland and used with permission