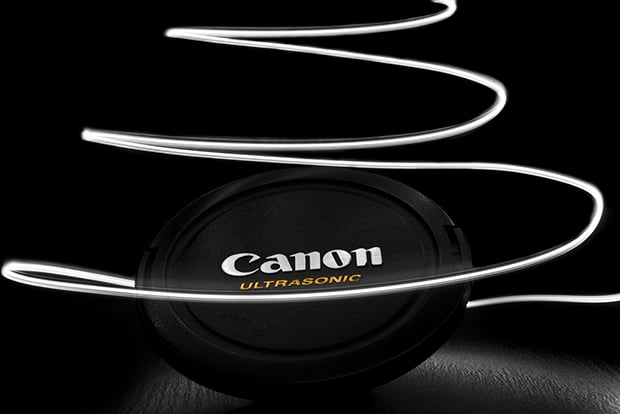 It’s easy to plateau when you’re experimenting with light painting photography, and as a result, this fun genre can often turn into a flash in the pan hobby.

And so, in order to help sustain your interest in what I think is a worthwhile endeavor and an under appreciated form of photography, I’ve decided to provide a few of the toys and tricks I’ve picked up in my experiences. These are things that have helped respire my interest in the past. Hopefully they’ll motivate you to continue experimenting as well. 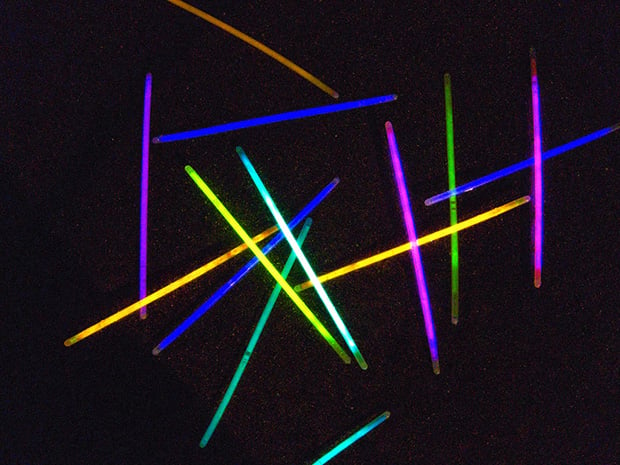 So you’ve experimented with glow sticks to the point where the guy at Party City thinks you’re a raver, and while you had a pretty good time, you’ve worn tired of these rather weak flat streaks of light.

But then you see something like the vibrant glowing waterfalls by Sean Lenz and Kristoffer Abildgaard, featured here a while back, and you wonder why your results are so dull and theirs are so visually striking. How do you get results as stunning as that? 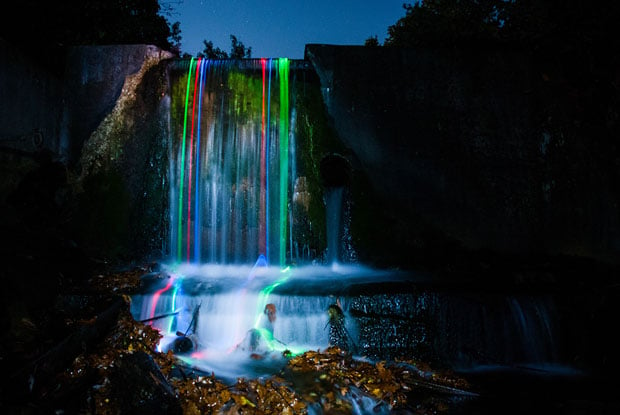 Well, first off, let’s be clear: these weren’t two guys playing around in a pond. A lot of time and planning went into those photos and you’re only going to achieve something like that if you’re willing to invest more than casual experimentation. But that doesn’t mean you can’t still have fun.

Thus, I suggest upgrading your glow stick game to industrial grade glow sticks. As you might imagine, their glow is a lot more intense and longer lasting, and this added power will greatly increase your options when shooting, as well as provide richer streaks of light for you to bend and contort. 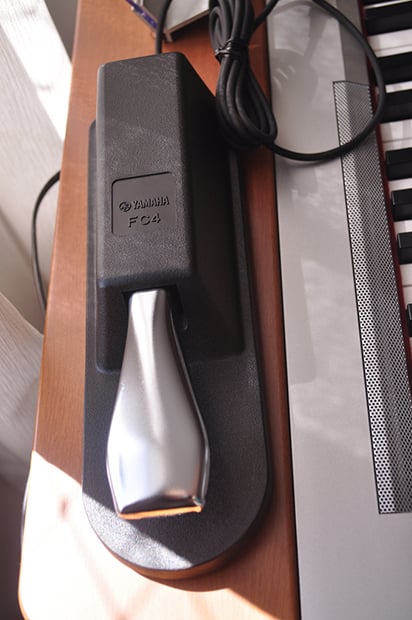 One of the many hindrances of light painting is that it can be hard to do solo. I’ve always had the most fun working with at least one other person who can assist and get in on the fun, but it can be difficult to find and organize people that want to get involved. For some reason a lot of people don’t like fun.

But worry not, if you’re itching to experiment but are on your own, a good cheap and easy hack is to use a keyboard/piano sustain pedal as a foot switch for your camera.

I first came across this idea through an Instructables tutorial that gives instructions for soldering a stereo cable to a the proper plug for your camera; however, I was able to find plug adapters that allowed me to do it without any soldering needed, making this already easy alteration, even easier. 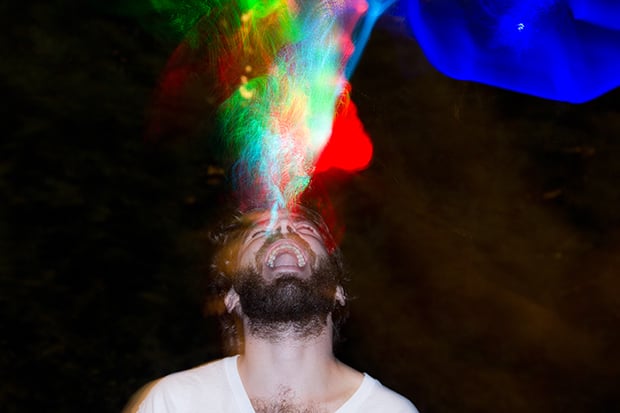 Once you have it set up, you just set your camera to Bulb mode, run the pedal to wherever you want to light paint, and hold the pedal down until you’re done with your photo. No need to invest in an expensive remote or resort to the hit-the-button-and-run method. 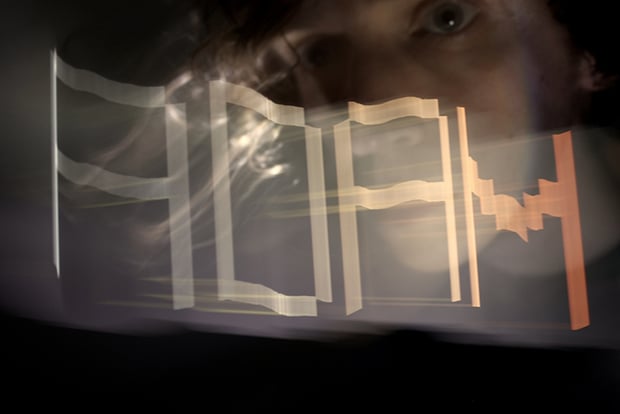 Yes, as tired as it is, the saying “there’s an app for that” is just as true with light painting as it is with everything else. I’ve personally experimented with some of the apps available for the iPhone with very mixed results, but if you’re bored and want to perform some quick experiments they can be very useful tools.

There are some like Holographium or Penki that will help you spell out words, while others will help you actually allow you to take light painting photos using you phone’s camera. Still, I think the best results I’ve had with apps is misusing ones that happen to display interesting patterns or interesting/changing hues of light as a quick way to paint when short on tools. 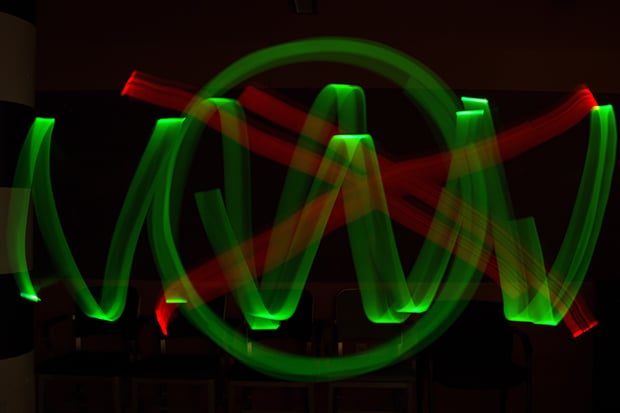 I’ve already discussed some of the fun times found in combining twixtor and light painting in my previous posts, and others far more skilled than I have gone in depth on the wonders of Adobe After Effects and the beautiful photos and even animations that can be created therein. But lately, inspired by a post on our own site, I’ve started experimenting with time stacking and light painting, and have felt reinvigorated to start light painting again. 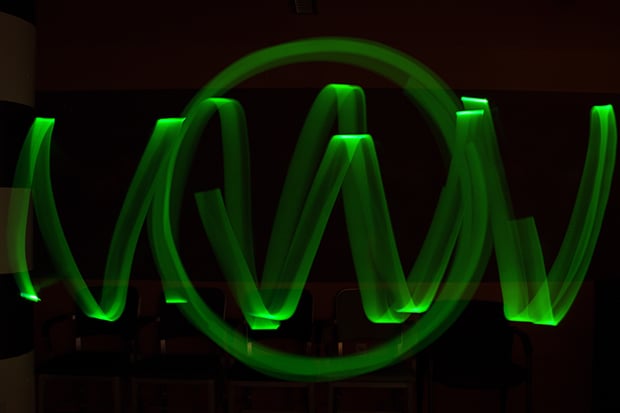 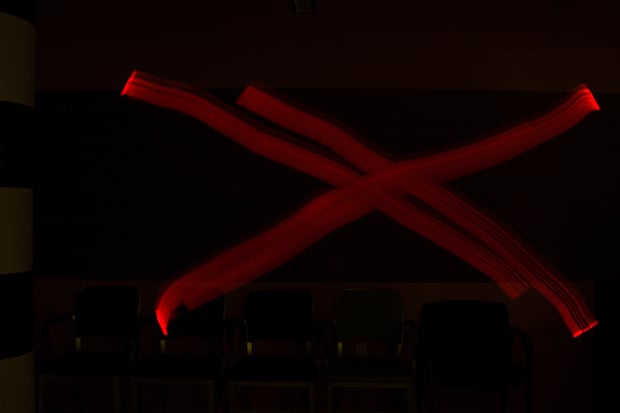 The possibilities to use this as a stop motion animation tool (given the right Photoshop scripts to reduce the tedious labor) or just build different light pattern/swatch libraries and stack them later has given me a whole new way of looking at light painting.

This isn’t to say that this is some sort of revelation, just that you should try to think about the different ways certain types of photography can compliment and blend with each other. Luckily, light painting is an incredibly tasty mixer. 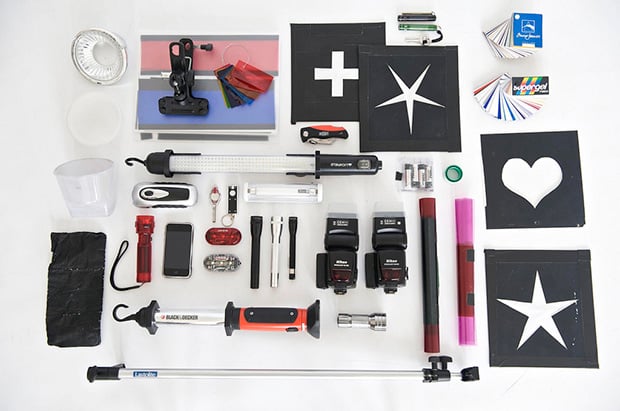 And then there’s of course always buying more toys to play with. Don’t worry, I won’t judge.

Google Unveils New and Improved Analog Efex Pro II, a Step Forward Into the Past