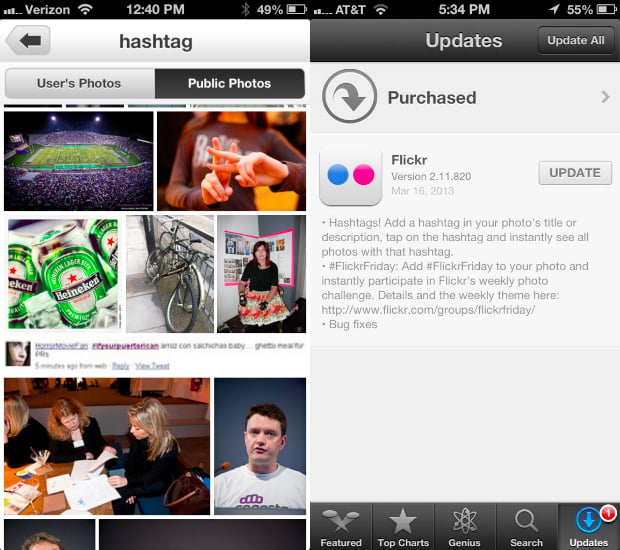 Just days after news broke that Facebook is looking to incorporate the hashtag into its services, Flickr has already made the change on its end, adding the capability to its recently redone iOS app. The pound sign-driven communication aid comes to the Flickr app as part of the most recent update, and joins retro filters and @-based usernames in helping the service keep up with the times.

The sign hasn’t made its way onto Flickr’s website yet, nor are online tags showing up as hashtags on the app. In fact, the hashtags seem to be more of an aesthetic tweak than anything else. While they are clickable, once clicked they produce a search just like any regular tag, with the “#” itself removed from the title.

Still, Flickr isn’t letting the change go unnoticed. In addition to receiving some recognition from the man credited with the invention of the hashtag (above), the company is encouraging users to start taking advantage of the functionality as part of its “Flickr Friday” competition. As of this update, all you have to do to participate in the weekly photo challenge is add the #flickrfriday hashtag to your photos.

You can grab the latest version of the app, hashtags and all, by clicking #here.

Photographer Ventures to Volcanos and Lava Flows in Hawaii