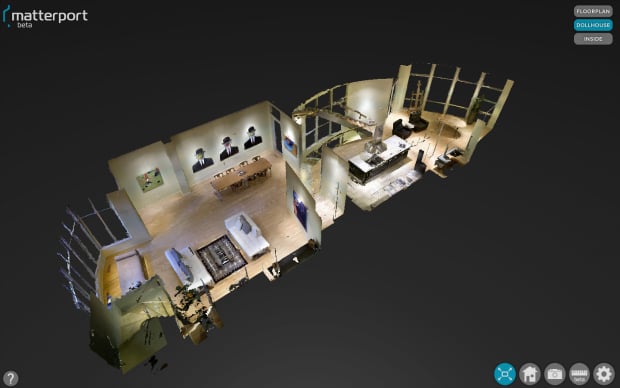 At this point we only know a little bit about the rig itself and how the system works. We have examples of the results, we know that it works extremely fast, and we know that the prototype was once a Kinect, but we haven’t gotten too many details beyond that.

This lack of info has led some sources to wonder if Matterport will eventually be relegated to the ranks of vaporware. But the startup has managed to raise several million in funding (another $5.6M announced yesterday) and pre-order sign-ups have already gone live on the company’s site.

Here are a couple of video examples showing off the impressive results:

The goal is to get these rigs in users hands and let them begin mapping their own spaces — from beach houses to office space — as soon as possible. However, since nobody actually has one yet, you can try out the viewer and browse any of four different spaces the Matterport team has captured by clicking this link and installing their web player when prompted.

Time-Lapse: 15 Months of a Forest’s Life in 3 Minutes

In His Iconic Portrait, Winston Churchill is Scowling Over a Lost Cigar