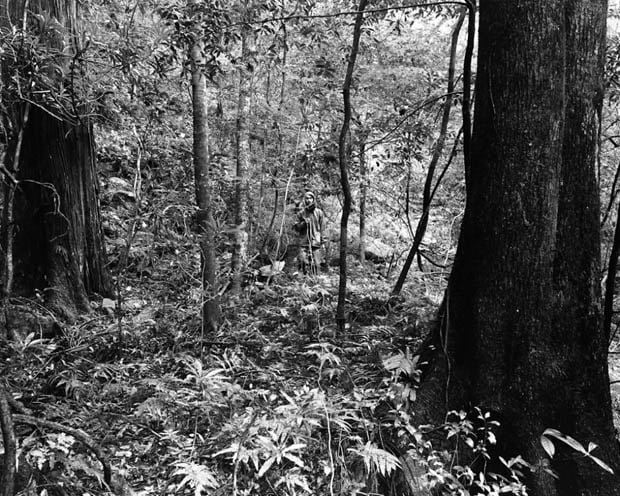 Japanese photographer Wataru Yamamoto‘s “Drawing a Line” project might look like a series of strange photos of a forest, but they’re actually self portraits. His description is simple: they’re “self-portraits taken in the forest, using a cable release made of string.”

For each photo, the Tokyo-based Tama Art University graduate student set up his large-format camera in Japan’s Kumano forest, pulled an extremely long shutter release cable into the scene, and then photographed himself staring into the camera from among the leaves and branches.

Each photograph is black-and-white, so Wataru’s face and body don’t stand out much against the forest he’s standing in. Thus, it can often be challenging to pick out his figure from among the clutter.

However, the cable release does serve as a guide: follow it as long as your eyes see it, and Wataru is waiting for you at the end. 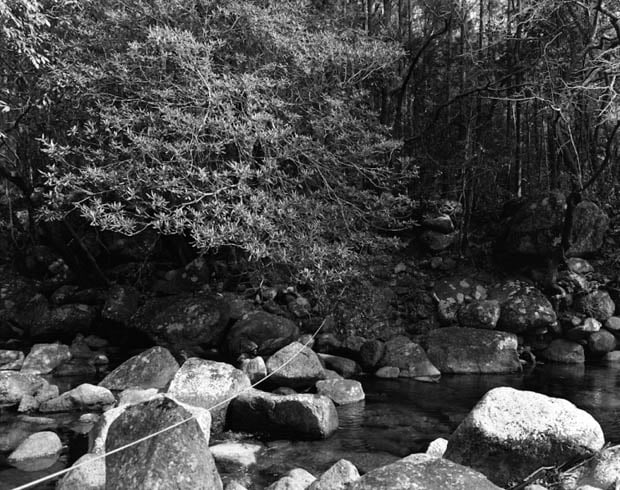 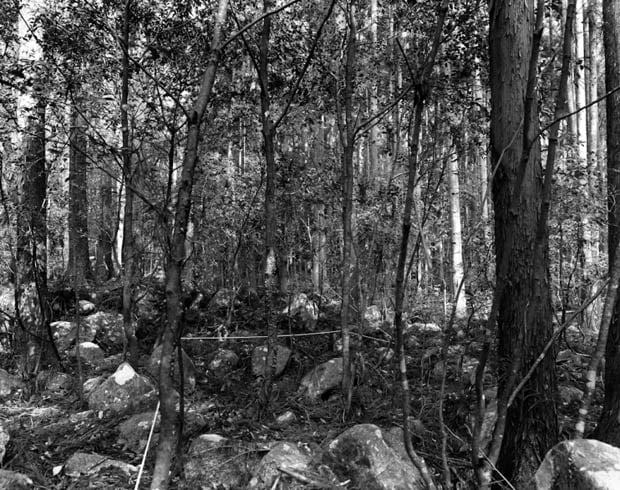 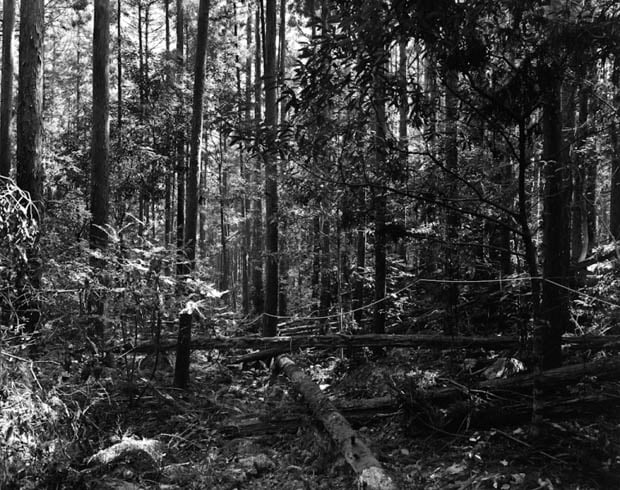 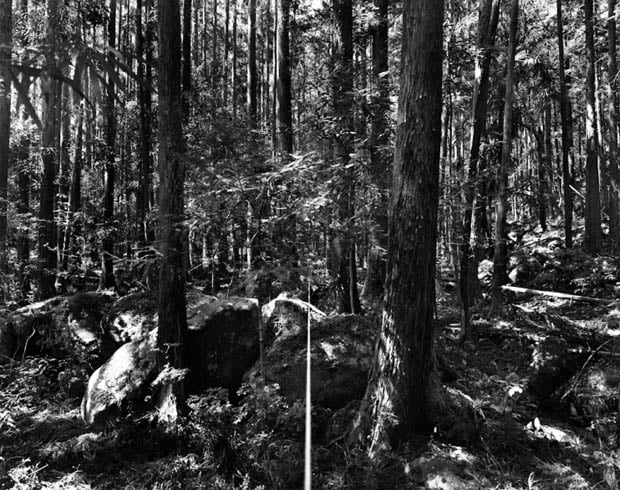 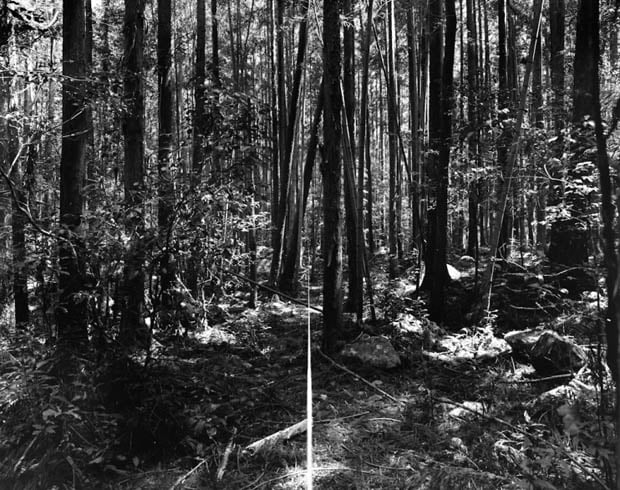 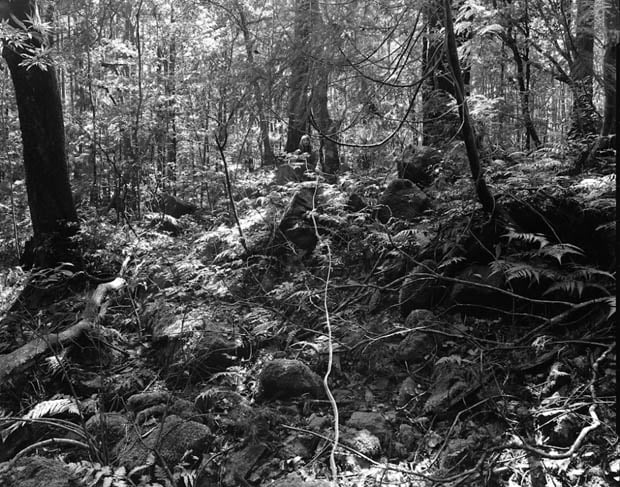 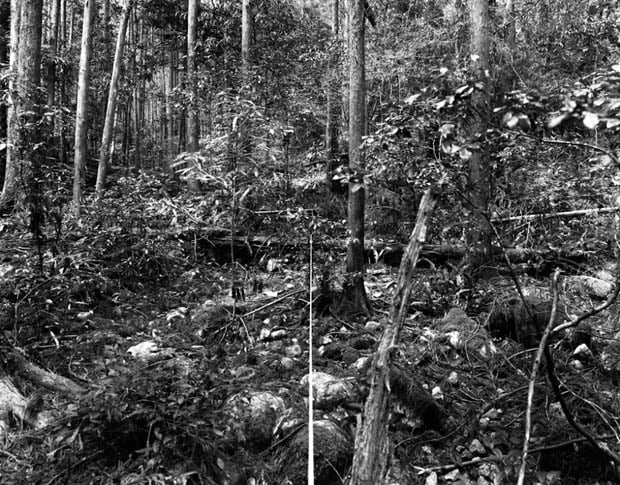 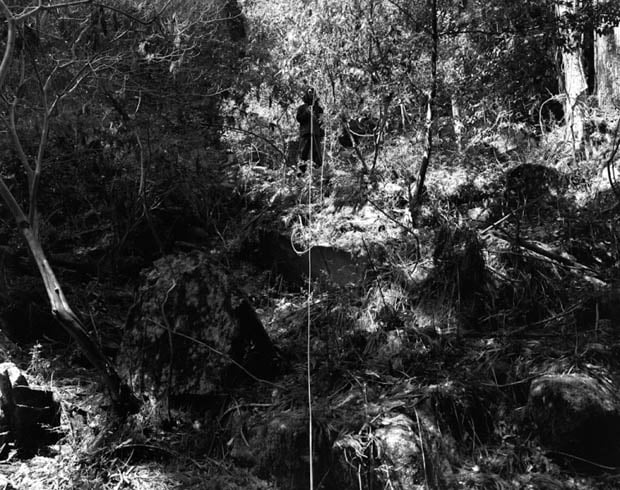 You can find more of Wataru’s work over on his personal website.

Drawing a Line by Wataru Yamamoto (via American Photo via Fstoppers)

Image credits: Photographs by Wataru Yamamoto and used with permission

Nikon Announces the Coolpix A, Its First Compact Camera with an APS-C Sensor