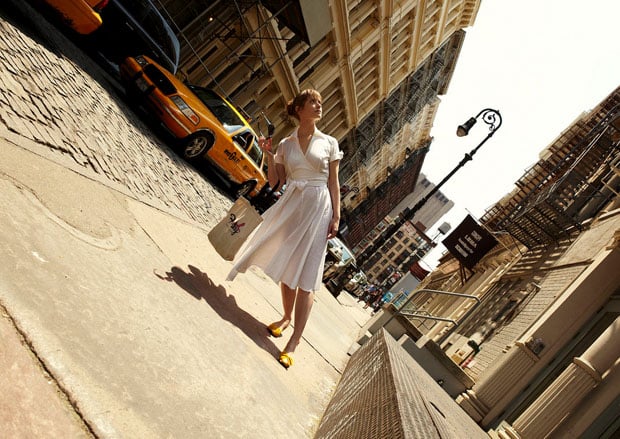 Brooklyn-based photographer Romain Laurent‘s “Tilt” project from 2009 is one that turns an oh-so-simple concept into unique photos that instant grab your attention. Each photograph shows a person standing, walking, or skateboarding in an urban environment, except the whole world is tilted around them.

The work reminds us of Paul Octavious’s Lean With It project, except instead of showing the world correctly and the subjects at an angle, Laurent does the exact opposite. 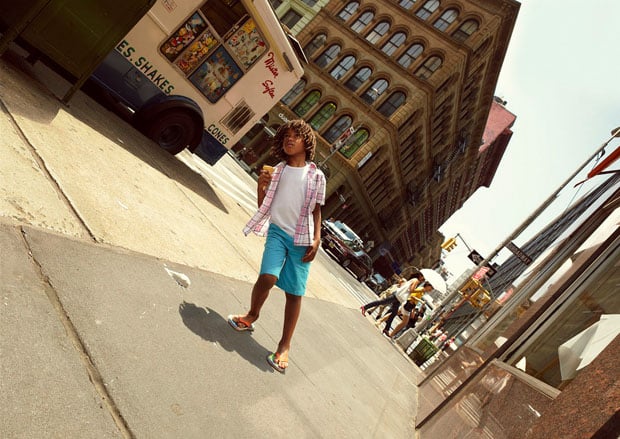 If you want to do photograph this same idea yourself, there are two ways you could go about it. If you’re against the idea of photomanipulation, you can try having your subject fall over slowly while holding their body and face in a natural position (perhaps at the price of having some rough landings).

The second way would be to have some rope or wires supporting your subjects as they lean at an angle. Snap two photos, one with the subject/wires and one without, and then ‘shop the supports out of the photos during post.