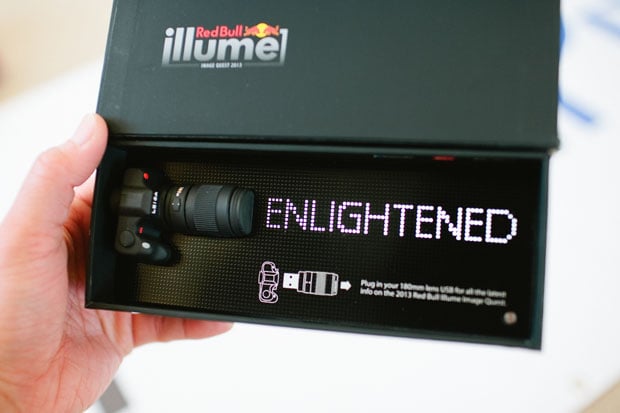 To promote this year’s edition of its sports photography competition, Red Bull Illume is sending out a pretty slick promo. It’s simply a USB drive loaded with a press media kit, but the presentation is so clever that we thought we’d share it with you (perhaps you can do something similar to promote your own photography business).


The promo arrives in a sleek black box that looks like it could contain some kind of high-end gadget. 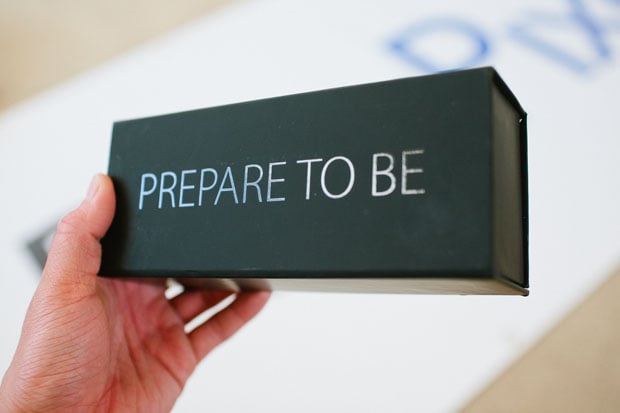 Instead, open it up, and you’ll find a tiny DSLR sticking up out of the foam padding, with a pixelated “ENLIGHTENED” projecting out from the front of the lens. 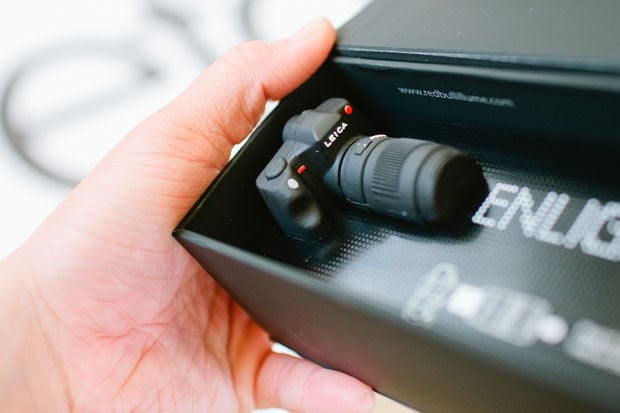 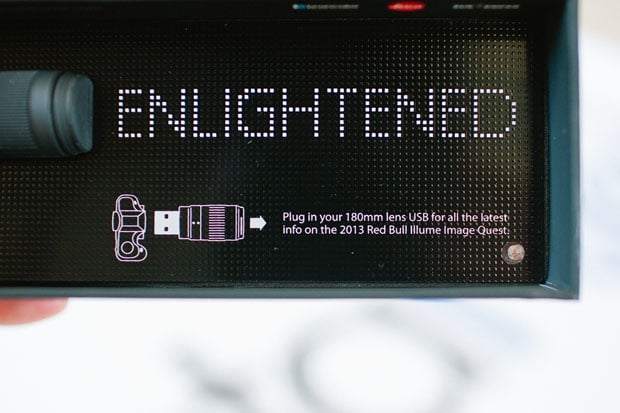 Right when the box is opened, there’s a high pitching whine reminiscent to what you hear when a flash unit is charging up. Then there’s the sound of shutters, and the “ENLIGHTENED” text is illuminated with flashes of light. Here’s a video showing how it works:

The USB drive itself is made of a solid rubbery material, and is designed to look like a Leica S series medium-format DSLR: 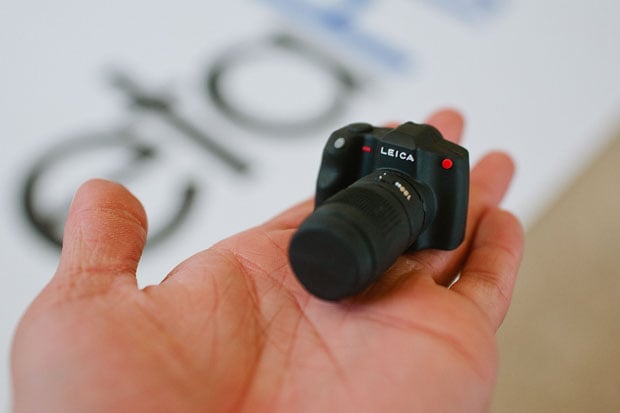 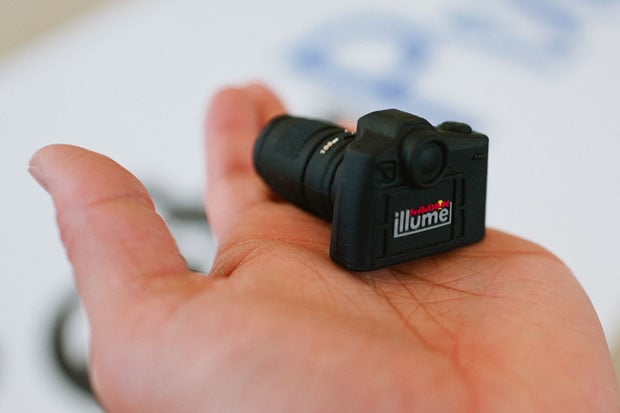 The lens itself is the USB drive — it pops out of the camera body: 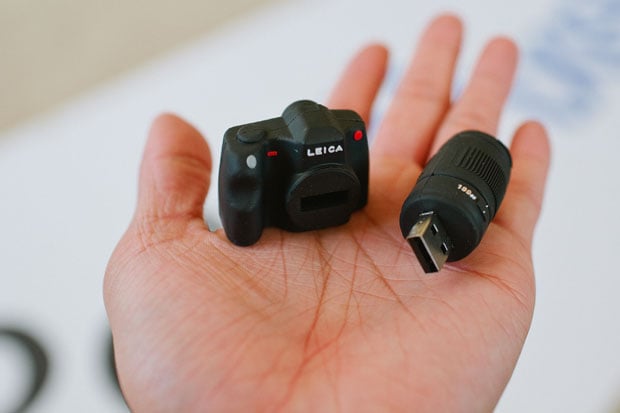 The USB drives used in the promo we received have Red Bull branding on the LCD screen of the camera, but you can buy generic versions of these DSLR-shaped USB drives for yourself on Amazon for around $8-$10 a pop.

To see the magical inner workings of this promo, we ripped open the foam block. It’s pretty simple: a small circuit board containing a row of lights that illuminate the text, some kind of light sensor that detects when the box is opened, a speaker that produces the shutter sounds, and a battery pack. 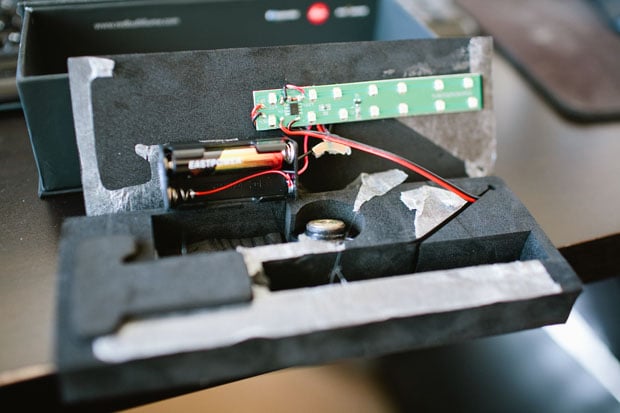 The semi-interactive nature of the promo may be difficult to reproduce, but the idea of using fancy packaging and a DSLR-shaped USB drive is definitely something you can try if you’re looking to mix up the way you promote yourself.

We’re guessing the novelty flash drive isn’t something most people will flippantly throw away, and even if they decide to wipe the data, there’s a good chance they might take a look at your portfolio first prior to doing so.

Update: If you’d like to design your own DSLR USB drive from scratch, USB Memory Direct is one business that can turn your design into actual flash drives (good for if you’d like your own branding or a camera model that isn’t offered elsewhere).