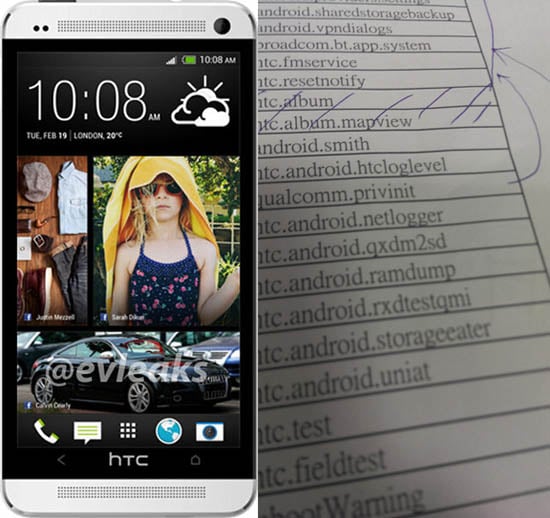 Last week we reported that HTC is preparing to launch a new camera sensor technology called Ultrapixels, which aims to improve image quality using a Foveon-style stack of three sensor layers. The smartphone imaging war is heating up, after all, an rivals like Nokia are investing heavily in photography technologies of their own (e.g. PureView).

We’re reportedly just days away from seeing the official launch of the new HTC phone (which may be named the M7 or the HTC One), and leaks are beginning to spring. There’s a good chance we now have the first product shot of the phone and the first published shot captured with the phone.

First off, Twitter user @evleaks published this first press shot of the device:

There’s a prominent camera app that’s easily accessible. Unfortunately, we can’t see the back, so it’s unclear whether it has any PureView 808-style camera bulge to it.

There may also be a new leaked photo shot using the Ultrapixel camera. Flickr user sqa030 has published a photo that was apparently captured on February 8th using the HTC One (that is, if the EXIF data embedded in the image is to be believed). 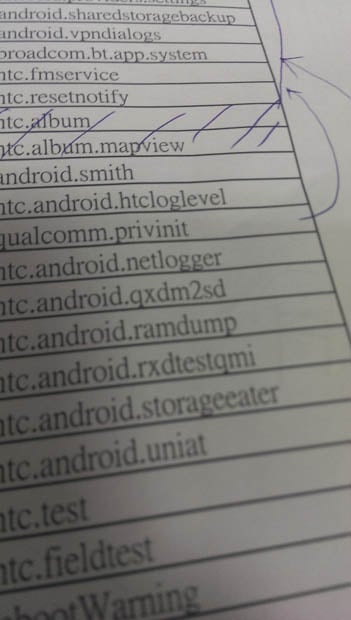 It’s a rather boring shot of what looks to be some programmer’s printout, but it may be the first published image on the Internet that was captured using HTC’s three stacked sensors (does the photo look like it has better details, dynamic range, and color depth?).

In terms of resolution, the photo seems to match up with the reported specs of the HTC One camera. It’s a 1520×2688 photo that weighs in at about 4.1-megapixels. phoneArena is reporting that the Flickr user appears to be an HTC quality assurance engineer.

HTC will be holding an official event in New York City on February 19, so we’ll likely be learning much more about this phone and camera very shortly.

Promo Idea: Use Tiny DSLR USB Drives to Make Sure Your Photos Are Seen