Reno, Nevada-based photographer Art Domagala was recently involved with an interesting photo shoot in which size and scale played a bit part. He was tasked with photographing bridge inspectors working on the Hoover Dam Bypass Bridge, officially known as the Mike O’Callaghan–Pat Tillman Memorial Bridge.

Standing 840 feet (260 meters) above the Colorado River, the $114 million bridge is the second-highest in the United States. Domagala’s photographs capture the sheer size by showing how small the workers are in comparison.

Photographing the specialized rope access engineers on various areas of the structure proved to be a challenge. Domagala writes,

Many of these shots were taken from a specialized bridge inspection crane around 900 feet above the Colorado River. I went through a gamut of lenses on this shoot too, ranging from extreme ultrawide angle (Sigma 12-24mm II) up to super telephoto (Sigma 800mm) and everything in between (Sigma 24-70 HSM; Canon 70-200/4 with and without the Canon 2x Extender III; and Canon 24 TS-E II).

Here are some more photographs from the shoot: 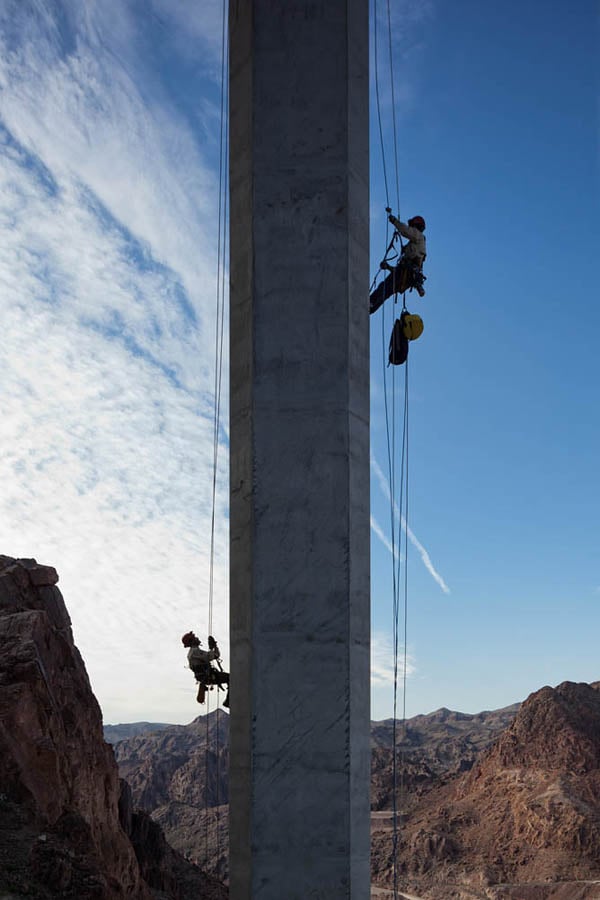 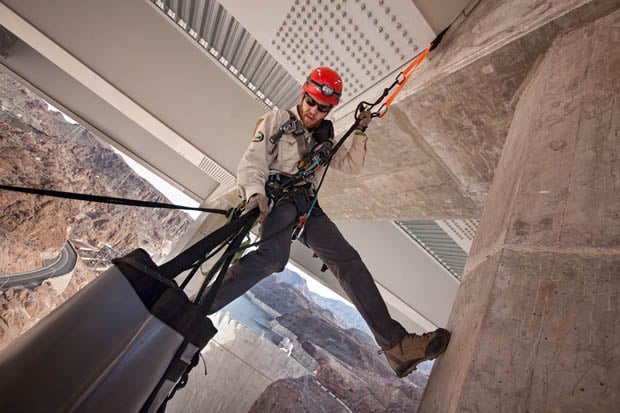 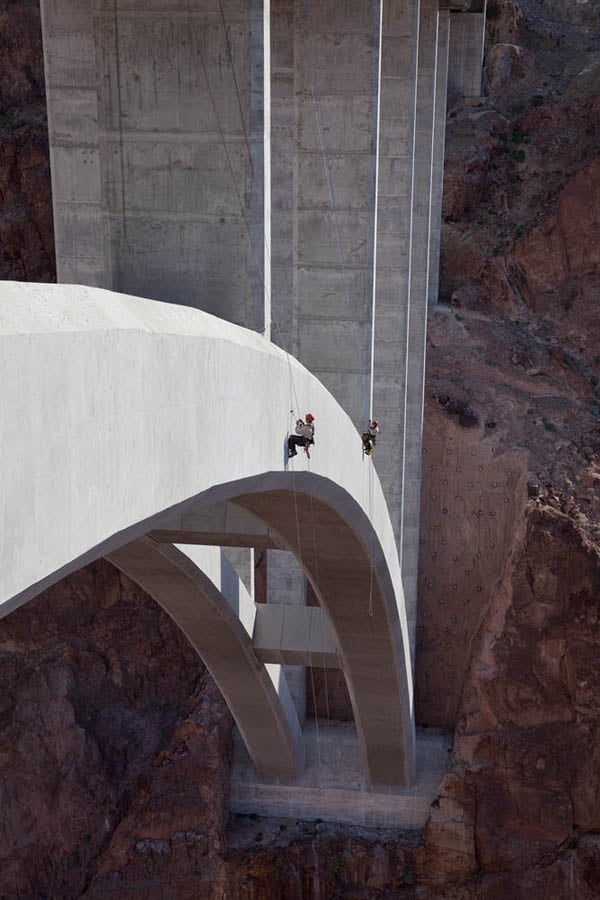 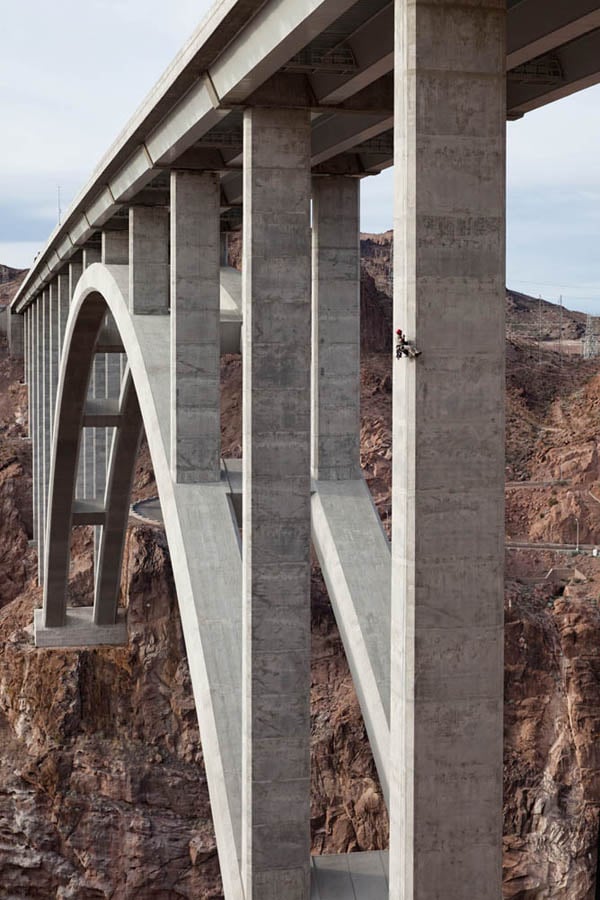 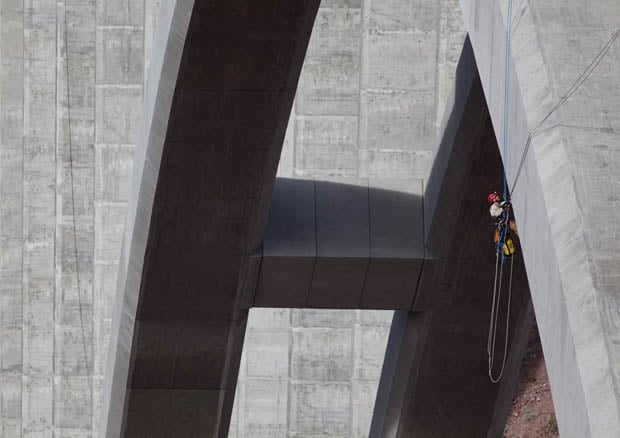 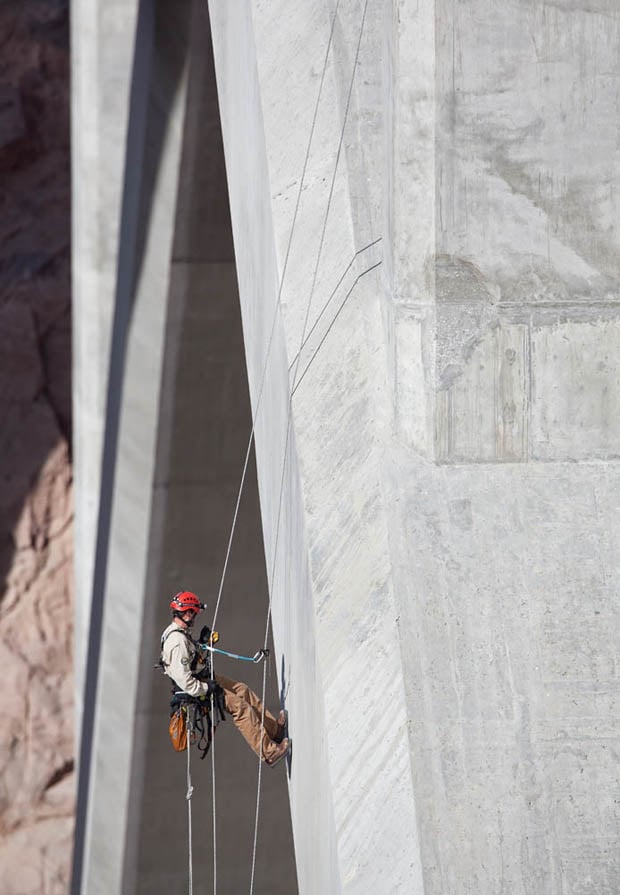 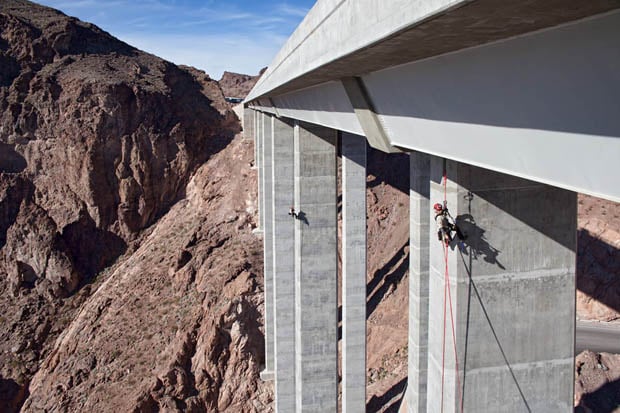 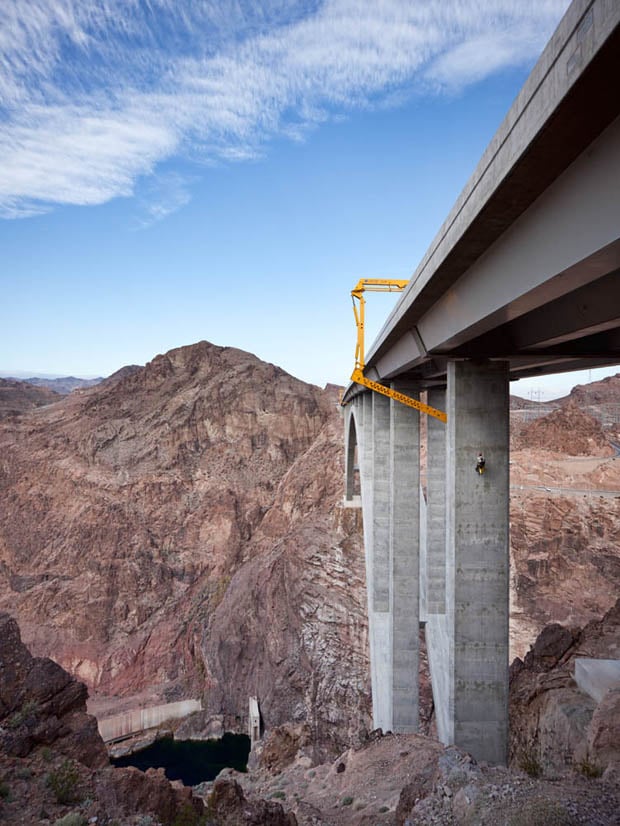 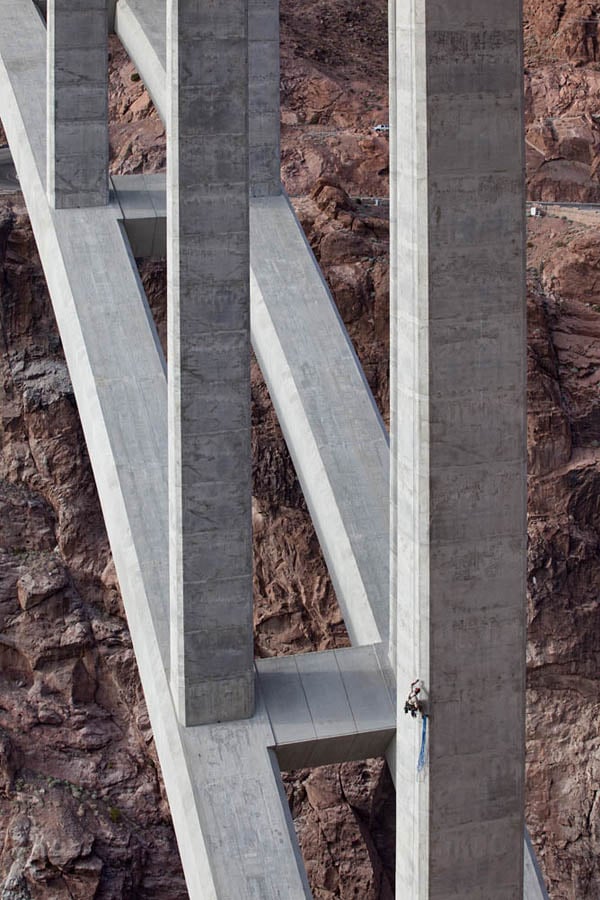 You can find higher-resolution versions of all the resulting photographs over in this gallery on Domagala’s blog.

Image credits: Photographs by Art Domagala and used with permission

Photographers: Finding New Clients, Not Gear, Is Biggest Challenge in 2013

A Look at How Nikon’s Nikkor Lenses Are Made, From Start to Finish