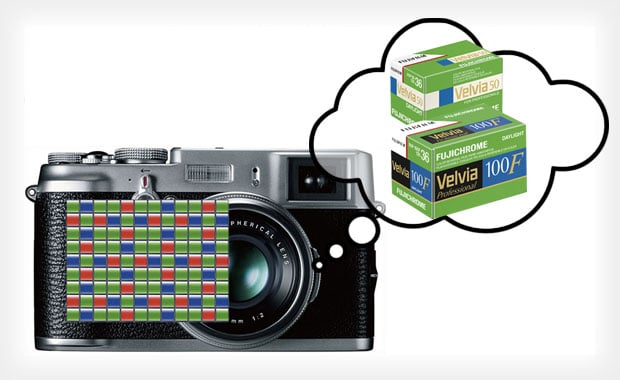 Fujifilm’s new X-Trans sensors diverge from the traditional way CMOS sensors are designed by using an irregular pattern of red, green, and blue pixels. This allows the sensors to eschew the standard anti-aliasing filter, eliminating moiré patterns without putting an extra component in front of the sensor. Roy Furchgott over at The New York Times has an interesting piece on how the new tech is inspired by Fujifilm’s glory days in the film photography industry:

Old fashioned analog photographs didn’t get a moire pattern because the crystals in film and photo paper aren’t even in size and placement. That randomness breaks up the moire effect.

So Fuji built a new sensor employing what it knew from the film business. Instead of using the Bayer array, it created a pattern called the X-Trans sensor which lays out the red green and blue photo sensors in a way that simulates the randomness of analog film.

Furchgott does a good job of explaining the new sensor design (and its benefits) in an easy-to-understand way.