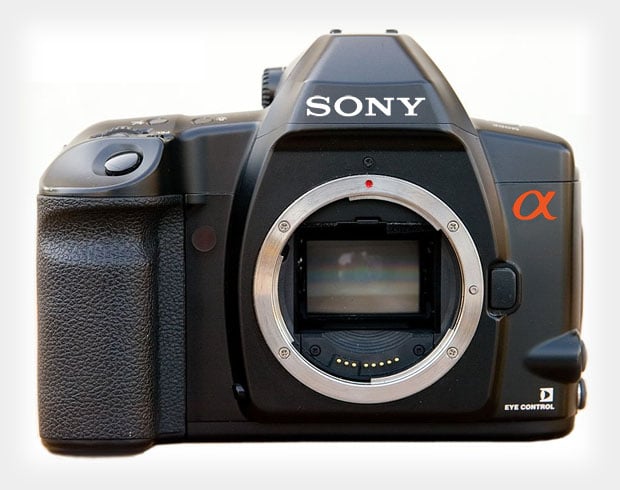 Want to focus your camera simply by looking at a particular area of the viewfinder? If you’re a Sony shooter, you might be enjoying that feature as early as next year. The company is reportedly working on building Eye Tracking autofocus into its cameras, with the initial version arriving in a flagship camera sometime in 2014.

sonyalpharumors writes that that the new technology might be one of the next big things from Sony:

The next key tech that may appear in this crucial year is Eye Tracking AF: Sony is considering to implement that feature on their upcoming flagship in 2014. They call it “Eye controlled Focus System”. This feature of the camera will track objects using some infrared sensors in the viewfinder following the eye movement.

The advantage is the rapid change/move of focus points (e.g. from the middle to the border). The biggest disadvantage is that you will have to calibrate your eye for this to work properly. Also this will only work using the viewfinder, it will not work using LiveView on the display. The feature can be enabled/disabled and will have a memory (calibration data) for 3 users.

They also write that while initial tests of the technology have been promising, it may be too pricey to include in anything but the highest-tier cameras.

This wouldn’t be the first time that eye-controlled focusing has been offered in cameras. Canon’s EOS line of SLRs offered eye-controlled focusing (ECF) back in the days of film photography. The feature tracked eyeballs to select the appropriate AF point, and was useful for certain types of photography — sports, for example — in which the subject is constantly in motion.

After a number of models offered ECF (A2E, Elan IIE, IXe, 3, Elan 7E, and Elan 7NE), the feature was discontinued and left by the wayside in the early 2000s as digital photography picked up steam.

If Sony does launch the feature, it will be the second reintroduced feature that originally started with Canon. Sony’s pellicle mirror technology also came years after Canon pioneered and abandoned its own version.