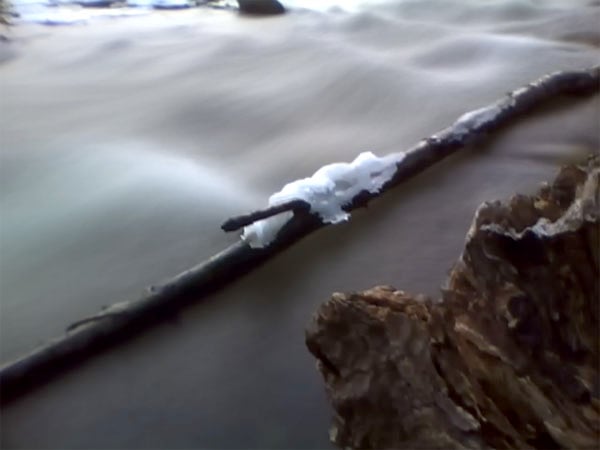 Want to create a long exposure photo but don’t have a camera that can keep its shutter open for extended periods of time? Mansour Moufid of Elite Raspberries is working on a script called “Hipshot” that can take ordinary video footage and convert it into a faked long exposure still photo. He writes,

Long-exposure photography is a technique to capture dynamic scenes, which produces a contrast between its static and moving elements. Those parts of the scene which were in motion will appear blurred, creating a nice effect.

[Above] is a long-exposure shot of a stream I took recently. It is technically not a long-exposure photograph, but a simulation; this image was actually generated from a video recording taken with an old iPod, which was then processed in software into a single image. (Forgive the poor quality, I don’t own a good camera. Nonetheless, this image demonstrates the desired effect.)

You can check out the technical details of how the Python script works here. If you want to try it out for yourself, you can download Hipshot over on Google Code.

Photographer Took One Photo Every Day for Eighteen Years