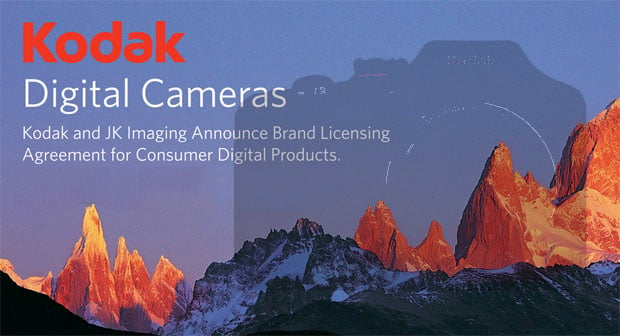 A week ago, we reported that Kodak had entered into a multi-year agreement with American camera supplier JK Imaging for new lines of Kodak-branded digital cameras. While it’s not uncommon to see this type of deal for low-end cameras, what’s interesting is that the agreement will also result in a Kodak-branded compact system camera. Amateur Photographer writes,

In an interview with Amateur Photographer (AP) at CES on 10 January, Eastman Kodak general manager for Film Capture, Paper and Output Systems, Dennis Olbrich, was asked whether the line-up will include a compact system camera.

Olbrich, who used to work inside Kodak’s camera division, replied: ‘That’s part of the portfolio.’

Polaroid, another beleaguered photo brand, recently signed its own agreement with Sakar International for new Polaroid-branded cameras. That duo is also working on a mirrorless camera system.

Send Quality Prints of your iPhonography Overseas for Cheap with Flicpost