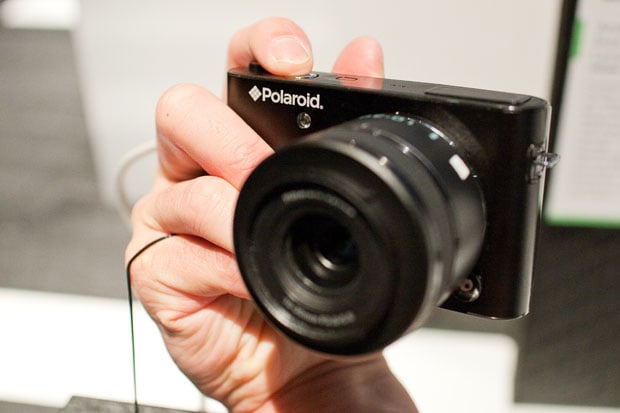 We had some hands-on time with the new Polaroid iM1836 just now. The company is only showing off two of the units at CES 2013. One of them doesn’t turn on. The other one can’t take any pictures.


That’s a bit strange, since it’s semi-big news that the Polaroid brand is now being slapped onto digital cameras manufactured by Sakar International. Perhaps the image quality isn’t quite up to par yet and the company needs to tinker with it a bit more. Our first impression when handling the camera is that it feels cheap. It looks strangely similar to Nikon’s 1 Series J2 mirrorless camera, and feels similar in the hand. However, the iM1836 doesn’t just feel light and plasticky like the J2 — it also feels creaky, and therefore cheap. 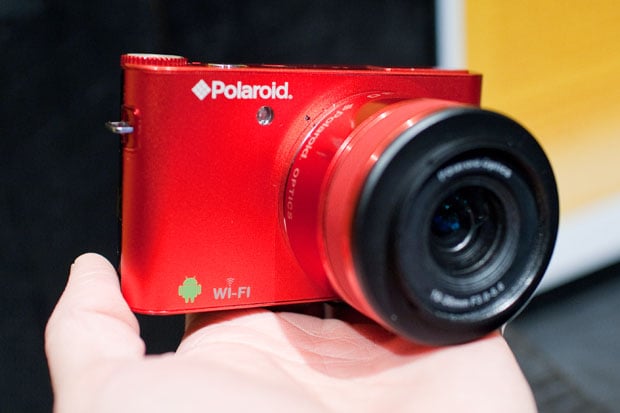 The interface is Android, so the navigation should be familiar to Android smartphone users. However, the touch-sensitive buttons and the touchscreen don’t feel very sleek and responsive. The experience is a bit like playing with a mid-level smartphone combined with a mid-level airplane entertainment system. Hopefully by the time the camera hits store shelves, things will be a bit more responsive and friendly.

Pulling up games like Angry Birds or apps like Instagram is an interesting experience, but it’s also one that we’re seeing more and more (Android-based cameras are starting to become quite common). Polaroid claims that the camera’s interchangeable lens houses the imaging sensor as a single unit, much like with the Ricoh GXR system. The lens release button had been removed from the unit we were handling, but that didn’t stop us from taking the lens off to see what was behind it. Here’s what we saw: So it seems that the camera body has its own sensor, which would allow it to also be used with lenses that don’t come with the built-in sensor.

It’s unfortunate that we didn’t get to test the photographic capabilities of the iM1836, as strong features in that area could have swayed our opinion of this camera a great deal.

Just based on the build and interface of the camera, it’s probably not one that we’d recommend (to people we care about).