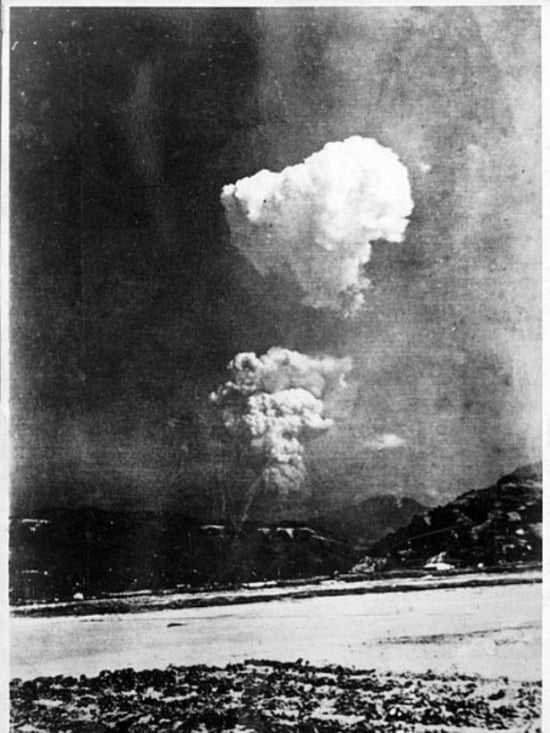 There are only a few (two, maybe three) ground-level photographs of the immediate aftermath of the Hiroshima bombing in existence, and one of the original prints just surfaced in the archives at Honkawa Elementary School in Hiroshima city.

The photo (seen above) shows the characteristic mushroom cloud as it was seen from Kaitaichi, part of present-day Kaita, six miles east of Hiroshima’s center. And although its existence has always been known (it was even reprinted in a 1988 book) this is the first time the actual print has come to light.

In an age where horrifying events are often captured from many vantage points, many times over, the magnitude of the find is easy to misunderstand. In reality, the photo is one of only two very clear photos that show the cloud in two tiers — the other was taken from the Enola Gay that dropped the bomb.

The Atlantic is featuring a full article in which writer Rebecca Rosen discusses not only the photo, but what was likely happening on the ground at the time it was taken.

Some of the details, as you might imagine, are somewhat disturbing and outside of our scope at PetaPixel; but if you’re interested in understanding more about what happened in Hiroshima on August 6th, 1945 you can find that article here.

(via The Atlantic via Popular Photography)