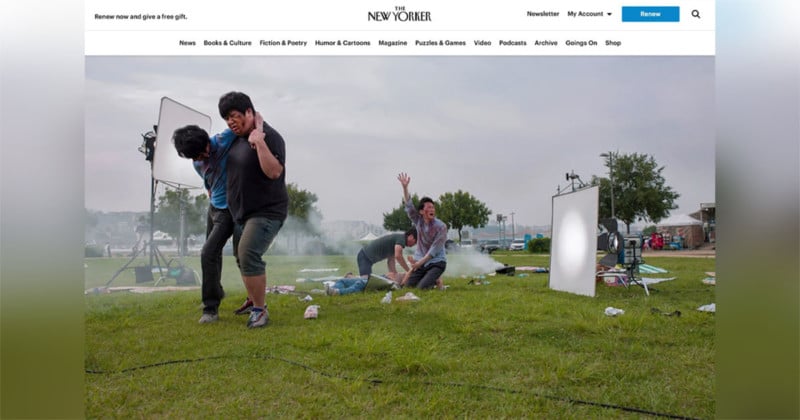 On August 6, 1945, the U.S. detonated the world’s first wartime nuclear bomb over Hiroshima. An estimated 70,000 people died that day with another 70,000 perishing within four months from injury and radiation poisoning. On the ground, photojournalist Yoshito Matsushige miraculously survived unharmed despite living 1.7 miles from ground zero. Over the course of 10 hours, he could only bring himself to take 7 photos.


In an account of the bombing, Matsushige recalled passing by a girls junior high school, “Having been directly exposed to the heat rays, they were covered with blisters, the size of balls, on their backs, their faces, their shoulders, and their arms. The blisters were starting to burst open and their skin hung down like rugs.”

Three days later, the U.S. detonated a second nuclear bomb over Nagasaki. The following day, Yosuke Yamahata, a military photographer, spent 12 hours photographing the devastation. His 100 photos are a graphic and disturbing reminder about the horrors of nuclear war.

Yamahata died on his forty-eighth birthday in 1965 from terminal cancer of the duodenum. After retiring from his newspaper job, Matsushige spent the rest of his life as a dedicated peace activist.

The New Yorker recently tweeted an archival story from the generally well-regarded Photo Booth. The 2019 piece featured South Korean photographer Anna Lim’s project Rehearsal of Anxiety – a series of staged photographs “to show how the moments following a nuclear strike from North Korea or a terrorist attack with a dirty bomb might unfold.”

The look-and-feel of the images are reminiscent of 2016’s Train to Busan, a top-grossing zombie movie from South Korea. That is to say, the photos evoke a comedic kitschiness, and nothing about them bears any resemblance to the known photos from the world’s only two nuclear attacks. Fake blood is accented by smoke machines and Fresnel lights that are curiously placed in the frame. 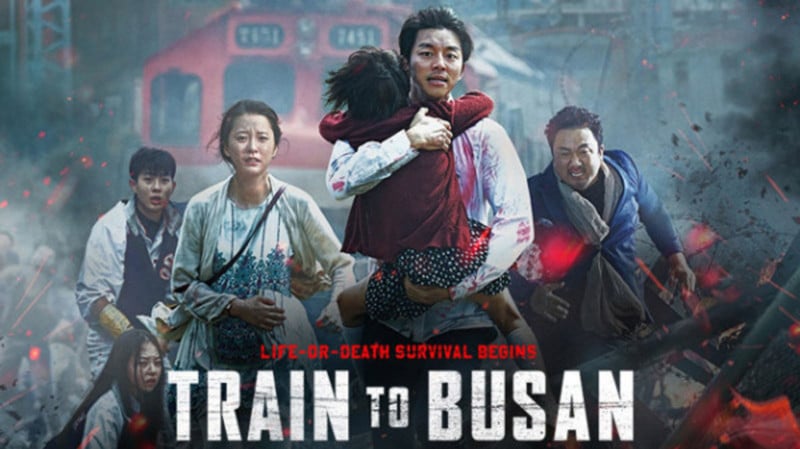 Lim holds a Ph.D. in Photography from Hongik University in Seoul, and the project won the Photo Folio Review prize at the 2019 Recontres d’Arles photography festival in France. Given her pedigree, one can surmise that she expended a lot of thought, time, and resources into developing the project.

But rather than denigrate the artistic vision of the photographer (and because many Koreans have normalized the fear of catastrophic war in a way that citizens of other countries can’t comprehend), I’m more interested in the New Yorker’s motivation for amplifying the content through social media. Perhaps in light of Lim’s 2019 prize, it made sense to feature her work that year.

Two years later, in the midst of the COVID-19 pandemic, and as the Doomsday Clock marches closer to midnight, it’s a very different circumstance. What motivated the New Yorker to tweet Lim’s work? Nihilism? The Summer intern?

A few days ago, journalist Max McCoy recounted his 1986 interview with Matushige. They hoped to meet again but never did. Matsuhige died in 2005 at the age of 92. In 2015, during a return trip to Japan, McCoy was approached by a close friend of Matsushige who relayed an untold part of his Hiroshima bombing story. McCoy wrote:

After developing the film, he was overcome by regret. In one of the photos from the bridge, at the edge of the frame, was a mother clutching a dead baby. He remembered the woman calling the child’s name. Using the point of a pair of scissors, he scratched the woman’s face from the negative, to save her — and himself — from the shame.

The horrors of nuclear war are unfathomable. The indiscriminate and instantaneous killing of tens of thousands of civilians needs no fictionalized reimagining. In a time when critics have blasted social media platforms for amplifying disinformation, the New Yorker might consider saving itself from shame and deleting its tweet.