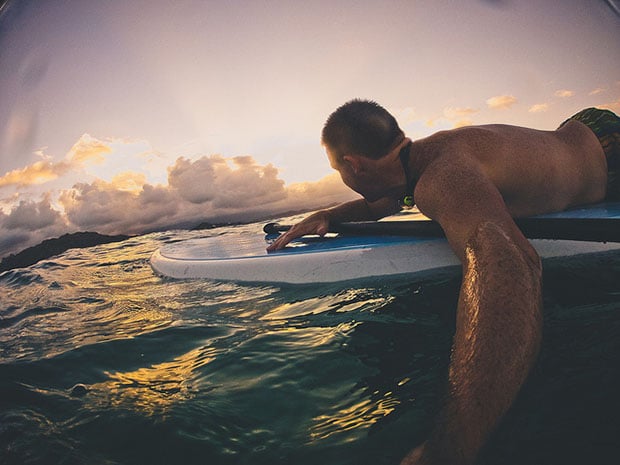 ‘Tis the season of mergers, acquisitions, and investments. At around the same time Adobe announced its acquisition of Behance yesterday, Taiwanese gadget manufacturer Foxconn (officially known as Hon Hai Precision) announced that it has snatched up 8.88% of GoPro for $200 million. The deal values the California-based action-camera maker at a whopping $2.25 billion.

Foxconn is currently the biggest name in the world of electronics manufacturing. If you own a smartphone, laptop, or video game system (e.g. iPhone, Playstation), there’s a good chance it was assembled in one of Foxconn’s sprawling campuses that house a city’s worth of employees. After all, an estimated 40% of the world’s consumer electronics gadgets are made by Foxconn.

Foxconn founder and CEO Terry Gou will be joining GoPro’s board of directors. GoPro founder and CEO Nicholas Woodman says that having Gou on board will help turn “GoPro into one of the great enabling companies of our time” and says he’s “excited to combine efforts to strengthen GoPro’s position in that future.”

Forbes writes that 36-year-old Woodman is now a billionaire camera mogul. The entrepreneur reportedly owns a majority stake in his privately held company, which means this deal makes him worth at least $1.15 billion on paper.

This news comes just months after GoPro launched its latest action camera, the HERO3. According to IDC analyst Chris Chute, the company currently has a 32% stake in the pocket camcorder industry — a market that may have grown 67% over just this past year.

(via Engadget and Forbes)

A Study of Light, Shadows, and Framing: Street Photos by Ray Metzker