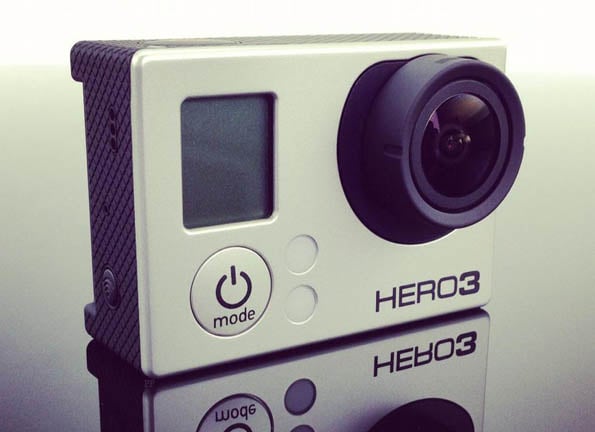 At a special event in San Francisco tonight, GoPro launched its latest action camera: the Hero3. Compared to the Hero2 that it succeeds, the new camera is both more portable and more capable. It’s 30% smaller and 25% lighter, making it great for helmet cams and attaching to random things. The image processor inside is twice as fast, allowing the camera to shoot both video and photographs at faster frame rates.


The camera comes in three flavors: Black, Silver, and White. These don’t just differ in color, but in features as well. The Black edition is the flagship camera. It’s capable of recording 4K video, but you’ll need to be content with doing so at a sluggish 15 frames per second. Drop the resolution to 2.7K, and you’ll be back at a comfortable 30fps. Drop it further to 1080p, and you’ll get 60fps. Still photo continuous shooting has been boosted to an impressive 30fps for 12MP images.

Buy the Silver one, and you’ll be capped at 1080p30 for video and 11MP at 10fps for still photos. The entry-level White version has a still photo resolution limit of 5MP at 3fps.

The Black, Silver, and White editions are priced at $400, $300, and $200, respectively. You can place a preorder now by heading over to the GoPro website; the cameras will begin shipping next Monday.