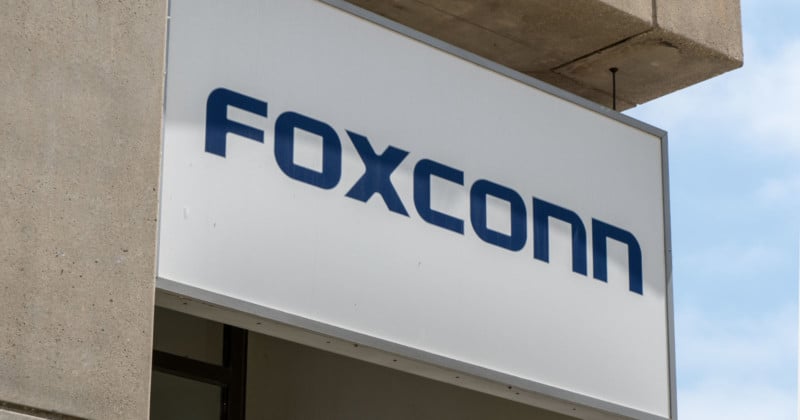 Foxconn, the company that Apple uses to assemble its devices, has closed its Shenzhen manufacturing facility due to a COVID outbreak, leading to concerns over supply disruptions.

Reuters reports that efforts to curb China’s largest COVID-19 outbreak in two years has forced Foxconn and multiple auto manufacturers to temporarily close their factories and suspend some operations. The country has reported more symptomatic COVID-19 cases so far this year than all of 2021. Multiple Chinese provinces have seen tightened restrictions to contain the outbreak as quickly as possible and Shenzhen, often described as China’s Silicon Valley, is one such province.

The expectation is that Foxconn would be closed for at least the first half of the week while other companies are closing until at least Sunday.

Even though the shutdown may only be for a few days, the ripple effect could cause delays that could equate to months.

“Imagine you have a factory of 100 people and all of a sudden you can’t do anything — you can’t fulfill your existing orders, you can’t accept new orders,” Paul Weedman, a manufacturing consultant from Shenzhen, tells Reuters. “The impact is not two or three weeks, but three to six months.”

Apple did not respond to Reuters’ request for comment, so it’s not clear if the pause in factory operations will have an effect on Apple’s newly launched iPhone SE 5G, iPad Air, or Mac Studio products or if it will change any planned product launches for the remainder of 2022.

The technology sector has dealt with low stock of items for the better part of two years. During the pandemic, the increase in demand for chips greatly outpaced supply. According to experts, the shortage isn’t expected to until at least 2023. As mentioned in previous reporting, even before the news of a COVID outbreak in China, the inventory shortage has left most companies that require these chips with “no room for error” as factors such as COVID, bad weather, or political instability could very easily disrupt manufacturing and ripple outwards.

If the outbreak cannot be contained quickly or, worse, spreads, the chip shortage could drag out for well beyond the next year. China, which is responsible for a large portion of global technology manufacturing, clearly does not want that to happen. It has instituted mass testing and officials have suspended public transportation and is encouraging people to work from home as much as possible.