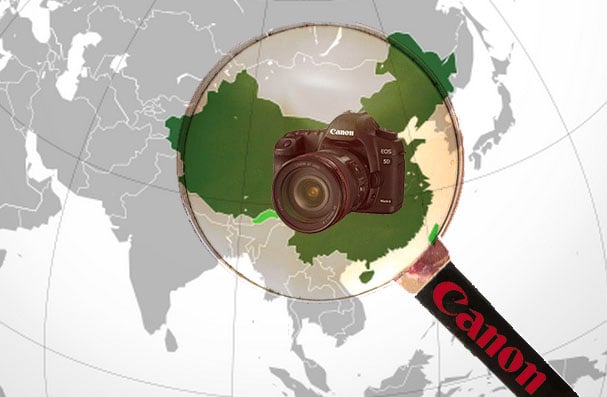 Over the last couple of months, a political skirmish between Japan and China over the ownership of a set of islands has caused anti-Japanese protests all across China, affecting many of the Japanese manufacturing facilities. Some companies — most notably Panasonic and Canon — were forced to shut down operations and evacuate their premises as a result of the violent protests. Things got so bad that Chinese photographers had to camouflage their Japanese-brand cameras with red tape and Chinese flags.

Despite the political atmosphere in the world’s most populous nation, Canon has China squarely in its sights as it plans its next moves for international expansion. 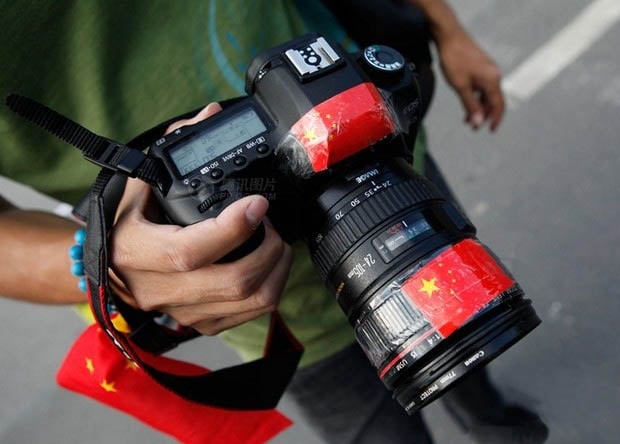 In light of floundering compact camera sales and a recently forecast 5.9% decline in net profit, Canon is looking for ways to stay afloat. Unfortunately for them, given the aforementioned issues, the market with the most potential is found in China.

[Canon’s] current operations cover only a small part of the country’s enormous market and it is broadening sales channels… While China has more than 300 cities with a population of one million or more, Canon’s operations fully cover only the 16 biggest. We still have a lot more to do.

Ozawa reports that Canon is hoping to increase its sales in China from the $3 billion it’s raking in now to $10 billion over the next half decade. 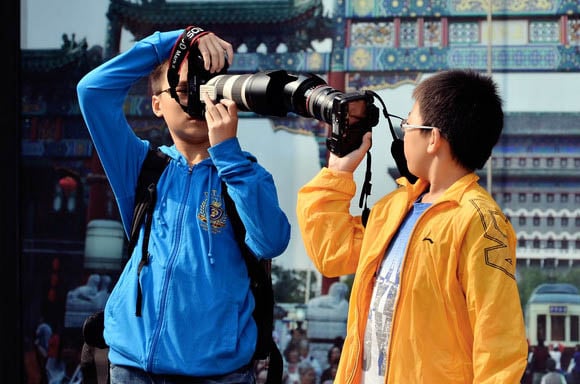 Mr. Ozawa is optimistic about the expansion. Because affluent Chinese families see high-end SLRs as “luxury items” — a fact we shared about a couple of months ago — the demand is already there. The only thing left to do is the actual expansion. And while that may seem easier said than done given the recent anti-Japanese sentiment, Mr. Ozawa made it clear that the company was no longer seeing any major impact on their business.

(via The Wall Street Journal)

P.S. A couple of interesting figures regarding the demand of cameras worldwide from the same article: according to JP Morgan analyst Hisashi Moriyama, the compact camera market will shrink by 2.7% over the next 5 years, while the interchangeable-lens camera market will grow by 14.3% during that same time frame.

Image credit: Photo illustration based on Wikipedia map and book and glas by Eddi 07- Free Stock