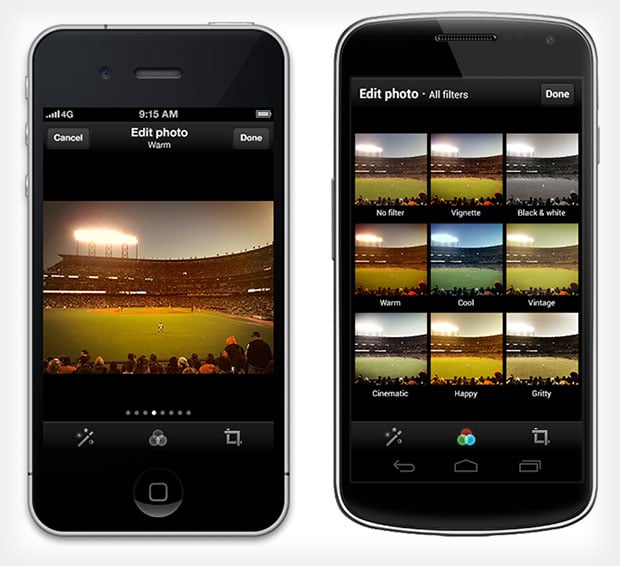 Well that was fast… Just hours after Instagram launched a major update to its popular photo sharing app, Twitter dropped a bomb on the industry by finally unveiling its own long-awaited and recently-leaked retro filters. The move brings it into direct competition with what Instagram offers — the two services virtually offer the same product now, except Instagram is solely focused on images while Twitter lets you Tweet text as well.

Other features include a single grid filter preview, the ability to swipe through looks, and a magical auto-enhance feature (tap a wand icon to make your photo “pop”).

Here’s a video that introduces the new filter feature:

The filters and photo editing tools available through the app are powered by Aviary, which is what Flickr switched over to once Google snatched up (and shut down) Picnik.

To get started with Tweeting retro filtered smartphone snaps, just snatch up the latest version of the Twitter app from the Google Play or iTunes App Store.

We’ve released this update in Google Play and the App Store. Watch this video to learn more about our photo filters.

Thanks for the tip, Sam!

Too Lazy to Put Up Christmas Lights This Year? Photoshop Can Help