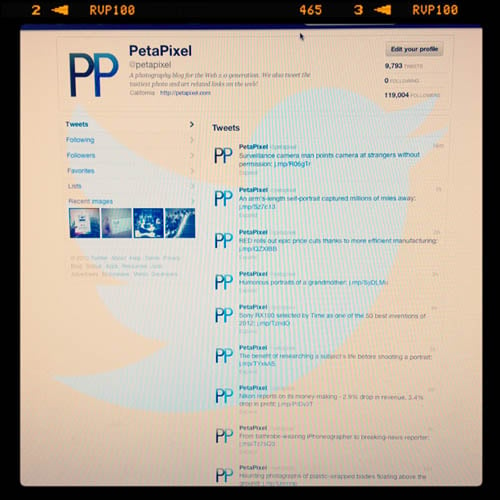 It’s no secret that Twitter was interested in acquiring Instagram before Facebook swooped in and snatched it up. Now, instead of running the popular photo-sharing app, Twitter is waging war against it. Twitter cut off Instagram’s API access for the app’s “Find Your Friends” feature a few months ago, but that was just the beginning. The next major bombshell announcement is coming soon: photo filters.

Nick Bilton of the New York Times writes that Twitter will be adding filters to its mobile apps in the coming months. This would allow people who share their filtered photos primarily through Twitter to bypass Instagram completely.

Unlike the cheesy filters offered by many compact cameras and other camera apps — cartoon-style, anyone? — the Twitter filters will follow the retro path blazed by Instagram and offer vintage film looks: 1960s Kodachrome and 1890s sepia-toned film, for example.

Bilton also reports that work on the new filters began after Twitter executives searched and failed to find an independent photo-sharing app worth acquiring.

Instagram wasn’t the first to bring retro-style photo filters to smartphones, but its social networking component allowed the app to spread virally and quickly overtake its competitors — namely Hipstamatic.

Since Twitter already has a mature social network teeming with 500 million users, adding a photo filter feature could be a huge boon in its attempts to catch up to Instagram in the area of photo sharing.