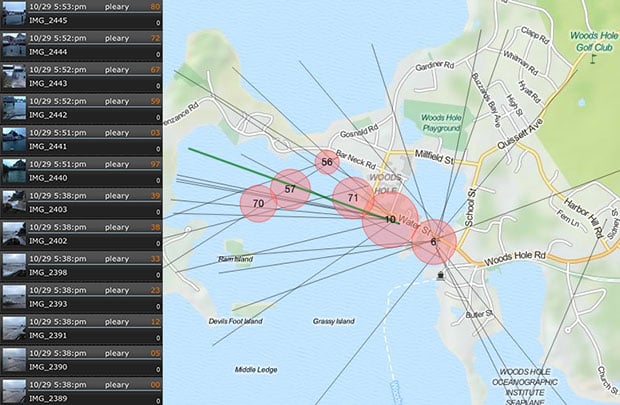 We live in a world that’s teeming with digital photographs. More photos are now uploaded every two minutes than were created during the entire 1800s. Facebook is seeing thousands of photographs uploaded to its servers every second of the day, and Instagram was flooded with 10 storm-related photos per second during Hurricane Sandy.

With such a large quantity of photographs flooding the web, it’s clear that visual data mining will be an in-demand market in the coming years as more and more people look to glean valuable images from the torrent of useless pixels. One of the companies trying to occupy this space is CrowdOptic, a San Francisco-based startup that’s building some pretty interesting location-based photo curation technologies.

While organizing and browsing photos by their embedded location data is already a common (and controversial) practice, CrowdOptic’s technology is different. Instead of focusing purely on where photographs were taken, their goal is to determine what that photos were taken of.

For example, let’s say you were a photo editor at a major newspaper looking for the most significant photographs captured by the public during Hurricane Sandy. Browsing through the endless stream of socially-shared photographs is impractical, and doing searches based on popular tags results in too much “noise” and too little “signal.”

That’s where CrowdOptic comes in. Its software can take hundreds of thousands of photographs of a particular subject and then use the images’ compass and EXIF data to figure out common points of focus.

As a demonstration of its Enterprise Photo Curation engine, the company fed the software roughly 1000 photographs of Hurricane Sandy shared through various social media channels. An analysis on the photographs took a little more than 1 second to complete, and revealed that the single most popular subject in the set was a tree that was uprooted by the winds: 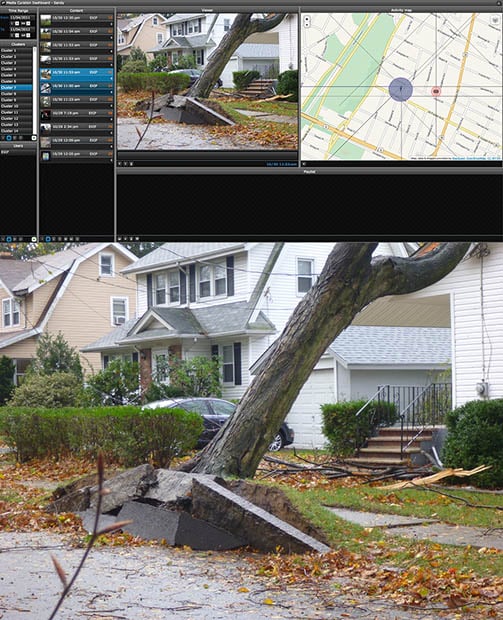 The second most significant cluster in the set was of a flooded region in Woods Hole, Falmouth, MA: 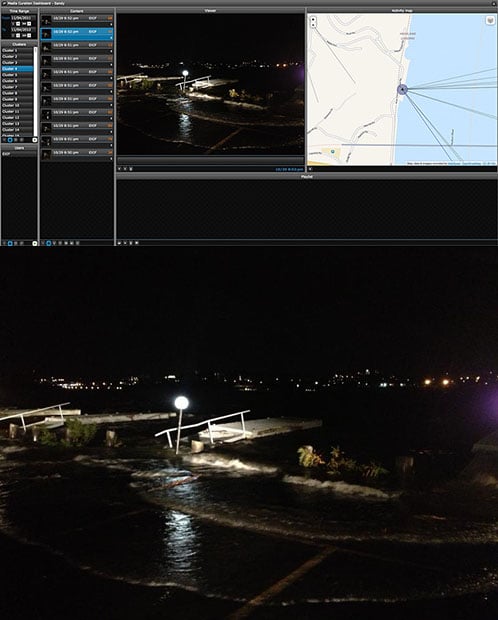 As another demo, the developers also ran the algorithm on a set of 1000 random socially-shared photos of the London Olympics. Using GPS, compass, time-stamps, and triangulation techniques, the program determined that the most popular subject was the ArcelorMittal Orbit observation tower outside the Olympic Stadium in Olympic Park, Stratford, London: 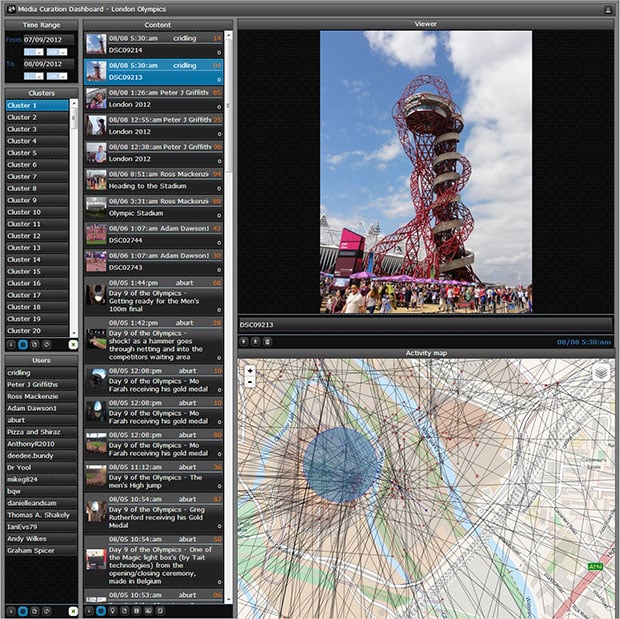 CrowdOptic CEO and serial entrepreneur Jon Fisher tells us that while many companies offer “geocoding” of photos, his company is currently the only one that offers this “focalcoding”. That’s a word we might be hearing much more in the near future.

Baby Boomer: A Clever Idea for Capturing a Pregnancy in Photos