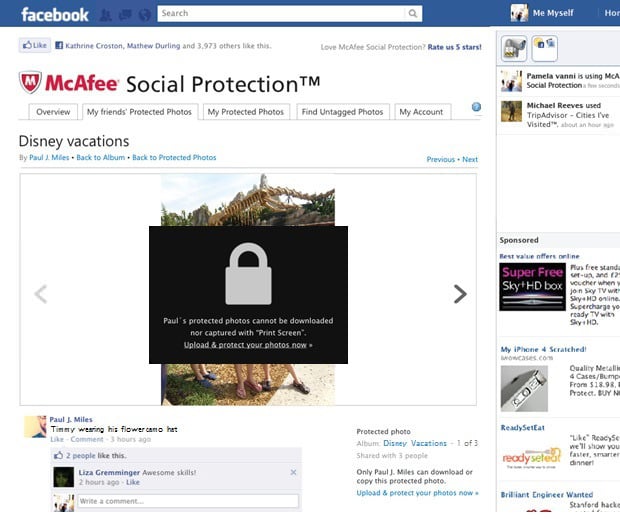 If you’ve been shying away from posting your photographs to Facebook because you don’t want them stolen, security software company McAfee has come up with a solution for you. It’s a new tool called McAfee Social Protection, and helps you protect your photos using invite lists, blurring, and lock-down.

The system uses a special browser plug-in that must be used in order to view the uploaded photographs. 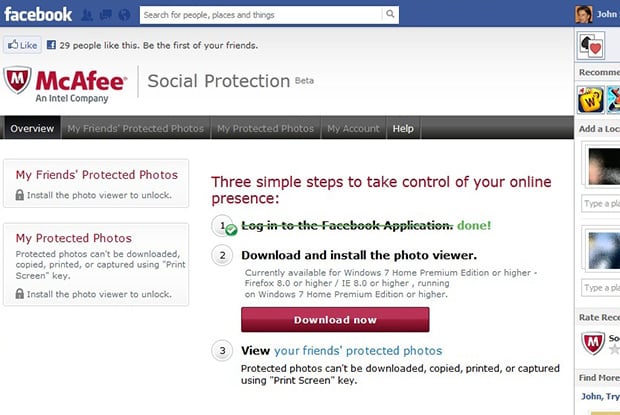 The software acts like magic glasses; anyone who isn’t using the plug-in and who isn’t on your photos’ guest list will simply see blurred versions of the images. 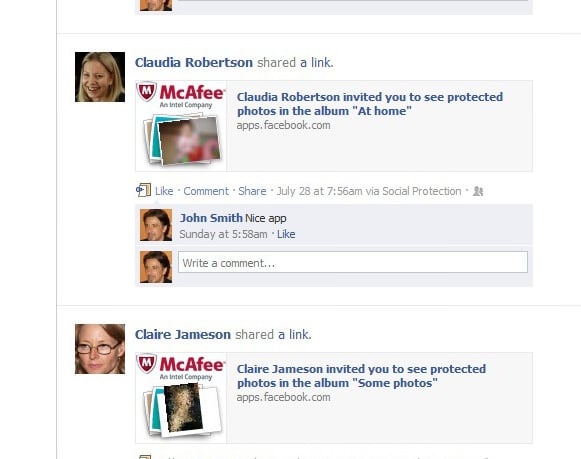 As a collaboration between McAfee and Intel, the photographs are actually uploaded to Intel servers rather than Facebook’s.

An interesting feature of the plug-in is that it can fully guard your images… from your friends. Since everything is viewed using McAfee’s software, they can have more control than existing photo sharing sites.

One common way that people try to protect images is to disable right-clicking in order to prevent people from saving the files. The obvious loophole in this type of system is screenshots: anyone can simply hit the “Print Screen” button to snag a copy of photos.

McAfee’s app prevents both these methods of thievery. If your guest attempts either one, a padlock graphic appears over your image denying the attempt.

Obviously, if your photo burglar really wanted to, they could still pull out a physical camera and take a “screen shot” of their monitor. If that’s what you’re worried about, however, you should probably be burying your photos in the ground or blanketing them with watermarks.

The main problem with the app is that it requires everyone involved to use the special app and special plug-in — something most people might not be comfortable doing.

Social Protection launches at the end of August for PCs, and will arrive on Mac, iOS, and Android by the end of the year. No word on pricing, but initially it will be free.

Upcoming Sony NEX-6 Will Reportedly Have Wi-Fi, Internet, and Apps