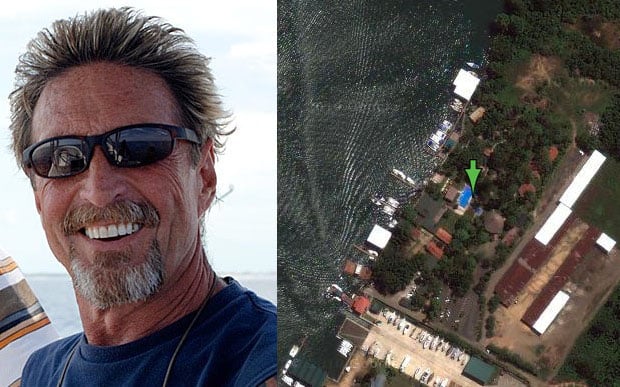 The saga of anti-virus pioneer John McAfee’s run from the law is a strange one, but this much is clear: McAfee wishes geotagging wasn’t a feature built into modern cameras. After a month of fleeing from Belizean law enforcement after a neighbor was found murdered, the software tycoon was finally taken into custody this week, largely due to a single photo loaded with GPS data.


As we reported back on Monday, McAfee was on the run with a pair of journalists from VICE magazine in tow.

The magazine decided to brag about the fact that they had front row seats to an internationally covered story, and published this photo as the lede: 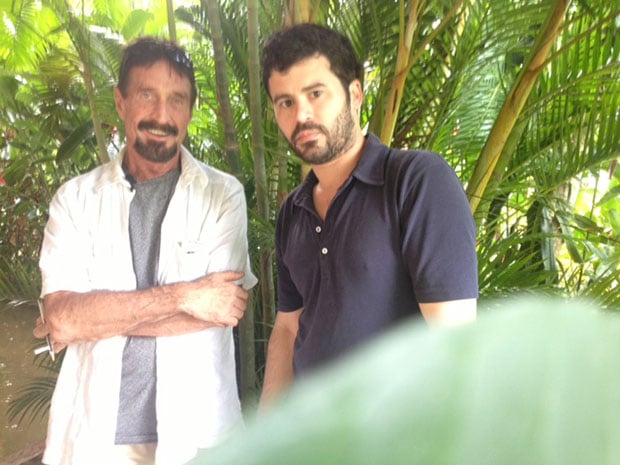 Problem was, the photo had precise GPS info baked into the EXIF data that pointed to a particular building (and swimming pool) in Guatemala. Remember: no one knew where McAfee was at this time.

At this point, the story becomes strange as McAfee and his companions attempt to cover up the blunder.

McAfee published a post on his personal blog (since removed) explaining that the geodata was actually a fabrication designed to throw authorities off his trail. VICE magazine photographer Robert King also got in on the act, lying on his Facebook and Twitter accounts that the geotag was in fact fake.

Here’s what Matt Honan over at Wired has to say about the problems of this lie:

This explanation, of course, made no damn sense at all. If McAfee and King were trying to conceal their location by spreading disinformation, why immediately admit to it?

[…] the coverup, as always, is worse than the crime. In claiming the geodata had been manipulated when it had not, Vice was no longer just documenting. Now it was actively aiding a fugitive wanted for questioning in the murder investigation of his neighbor Gregory Faull, who was shot dead at his own home.

A day after the photo was published, McAfee fessed up and admitted that he was actually in Guatemala. King also wiped his social network accounts clean of his dishonesty.

McAfee was soon apprehended by Guatemalan authorities for entering the country illegally. He then applied for asylum. The request was denied, and he may shortly be sent back to Belize to be tried in their legal system.

Many people have been wary of the privacy issues surrounding geotagging ever since the feature began appearing in digital cameras. It’s interesting that VICE let this issue slip, since the magazine is regularly involved in stories in which secret locations play a big part.