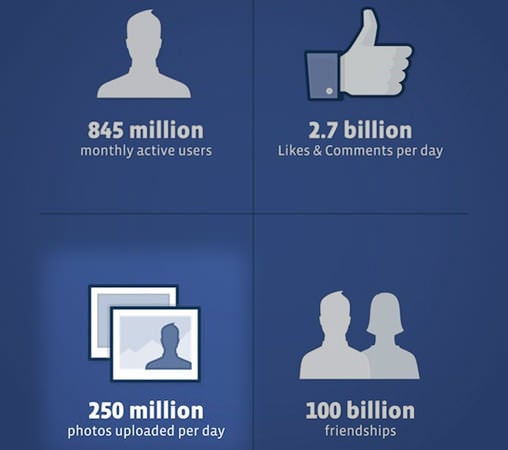 Facebook officially filed to become a publicly traded company today and, in doing so, spilled the beans on many of its internal figures and statistics that are normally under wraps. A crazy fact that emerged is that an average of 250 million photographs are uploaded to the service every day. That’s equal to 10.4 million per hour, 174,000 per minute, or 3,000 photographs per second. In terms of storage, the photos and videos hosted by the service take up 100 petabytes, or 100 million gigabytes. Wowzers.