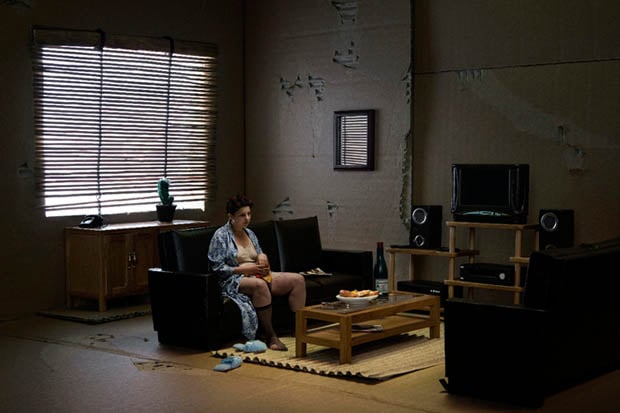 Some photographers have made names for themselves by creating and photographing extremely detailed dioramas: miniature tabletop scenes that are so realistic that viewers often mistake them for the real world. Belgian photographers Maxime Delvaux and Kevin Laloux of 354 Photographers have put an interesting spin on the diorama photo concept by Photoshopping real people into their miniature scenes. The series is titled “Box“.

Each of the scenes tells a dark and dreary story, and was built over the course of a few days inside a cardboard box.

As with other photo projects we’ve featured in which perspective is important, Delvaux and Laloux arranged the diorama’s objects while looking through the viewfinder of a fixed camera.

Once they’ve finalized what the diorama will look like, the next step in the challenge is to photograph the human subjects in a way that blends in seamlessly with the scene. They pay careful attention to position and lighting while photographing each person, and then carefully composite them into the diorama using Photoshop. 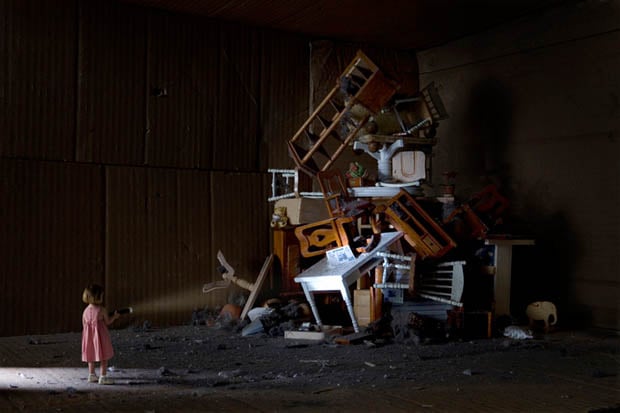 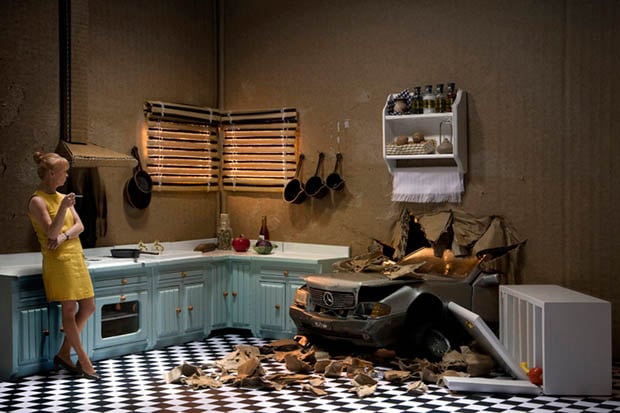 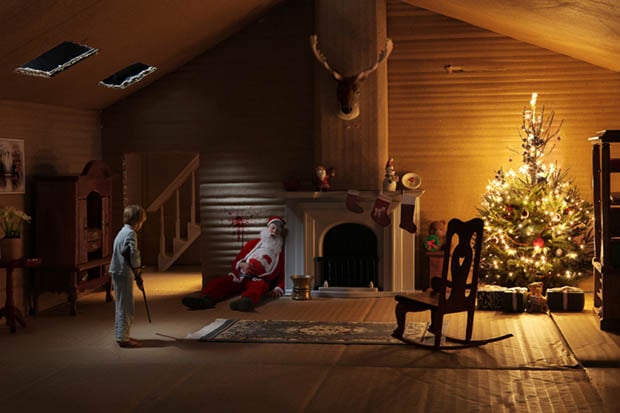 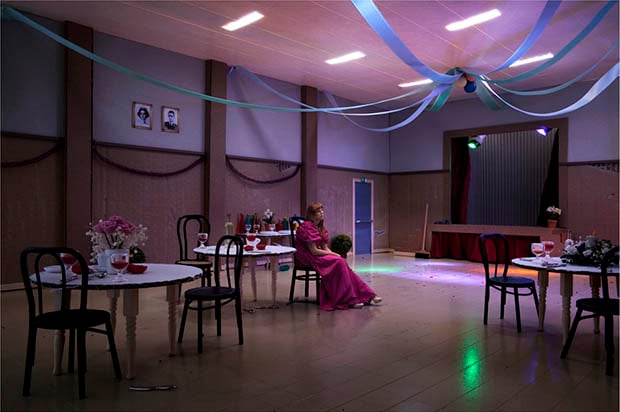 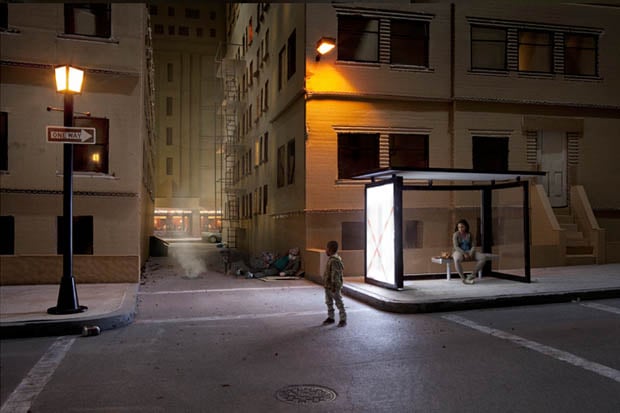 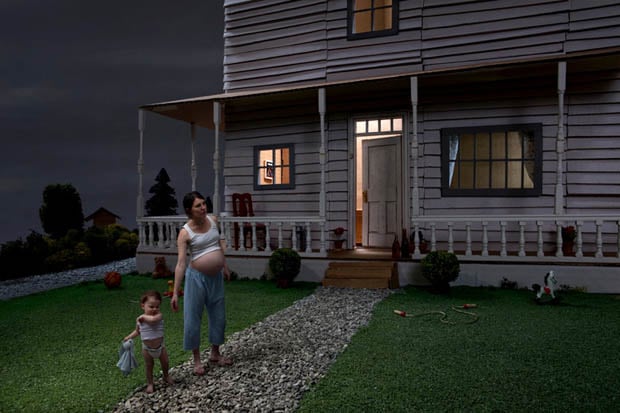 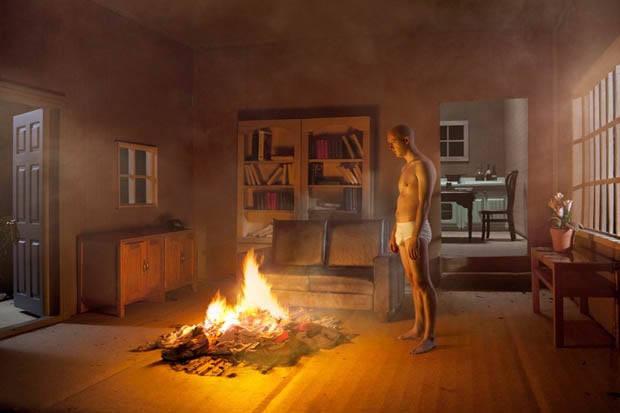 Wired’s Raw File has an article about the project in which the two photographers share a little about its history and challenges.

Box by 354 Photographers (via Wired)

Image credits: Photographs by Maxime Delvaux and Kevin Laloux, and used with permission