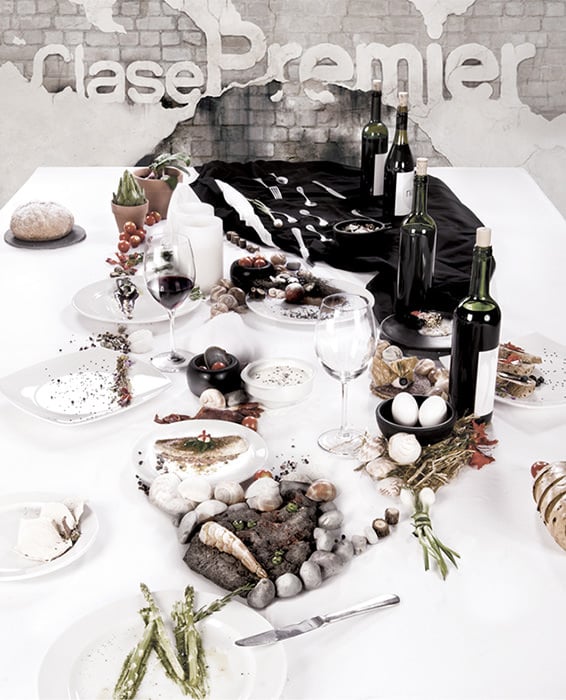 The folks at Mexican agency Golpeavisa were recently tasked with creating a portrait of world-renowned Danish chef René Redzepi for a cover of ClasePremier magazine. Instead of doing a digital illustration like they’ve done before, they decided to flex their creative muscles and try their hand at making a portrait out of food using perspective photography. After a good deal of planning and setting up, the cover above is what resulted.


They began the project by sketching out what they wanted the final photo to look like. This allowed them to determine the angles and proportions needed in order to make the perspective illusion work out.

Next, they pointed a camera at an empty table, set up a monitor to see a live view, and then overlaid the live scene with a semi-transparent sketch they made. The overlay allowed them to see exactly where items need to go, and how they would look in the final image.

Here’s a behind-the-scenes video they made showing the project coming together:

They’ve also written up a great blog post that contains a bunch of photographs captured throughout the process.