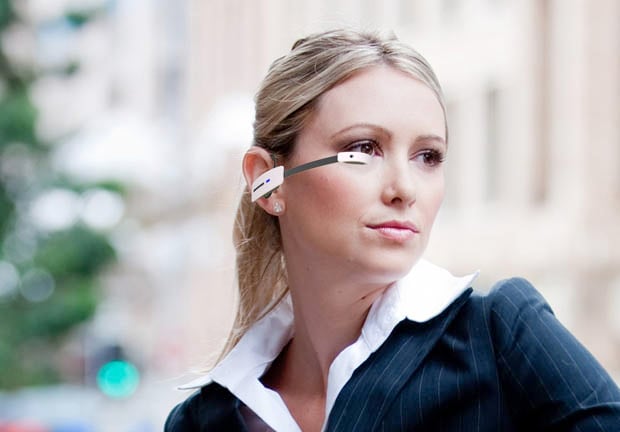 A new challenger has emerged to face Google Glass in the head-mounted glasses-style camera market. Interactive eyewear company Vuzix unveiled a new product today called the Smart Glasses M100, a camera-equipped Android computer that looks like a cross between a Bluetooth headset that’s too long and a microphone that’s worn too high.

The device runs Ice Cream Sandwich and features a virtual display eyepiece, built-in Wi-Fi/Bluetooth, a 720p HD camera, head-tracking sensors, and the ability to connect with smartphones. In addition to photography, you’ll be able to do everything from hands-free calling and text messaging to web browsing.

The display is located a little below your line of sight, and is a WQVGA-resolution 16:9 aspect ratio screen. While wearing it, you’ll feel like you’re looking at a 4-inch smartphone screen that’s about 14-inches away. 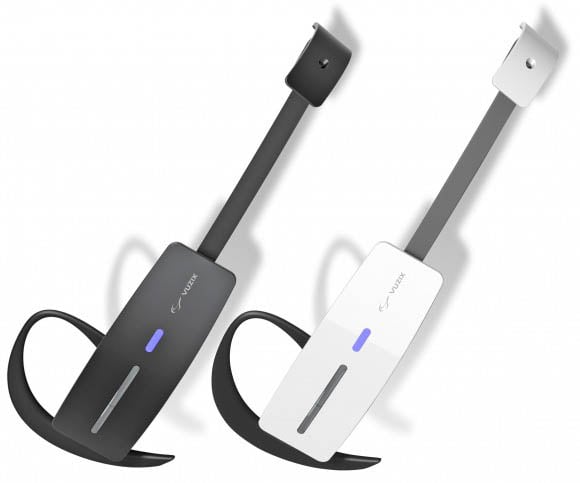 Photographs and videos captured using the device measure 1280×720, or less than a megapixel in resolution. They’re stored on your Micro CF card of up to 8GB in capacity.

While exact pricing and availability haven’t been released yet, you can expect the device to arrive sometime early next year. The company is also selling a developers kit for $999 — 2/3 the price Google is charging Google Glass developers.

‘GIF’ Named Word of the Year by Oxford American Dictionary