Sony Australia is trying its hand at some viral marketing for its mirrorless cameras. The company has created a YouTube account called DSLR Gear No Idea, which contains a number of very short videos that poke fun at clueless DSLR users. The description of the channel reads:

These are the DSLR clueless – all the gear and no idea. Remind you of someone? Share it with them using the ‘share’ button. To find out more visit http://www.sony.com.au/productcategory/nex-camera

Each of the videos (apart from the lengthier compilation above) runs about 15 seconds and features a different stereotype. “F-Stop Fusspot” mocks the portrait photographer who’s constantly changing settings on a camera he doesn’t understand. “The Flasher” pokes fun at those who insist on using their flash in any and every situation. 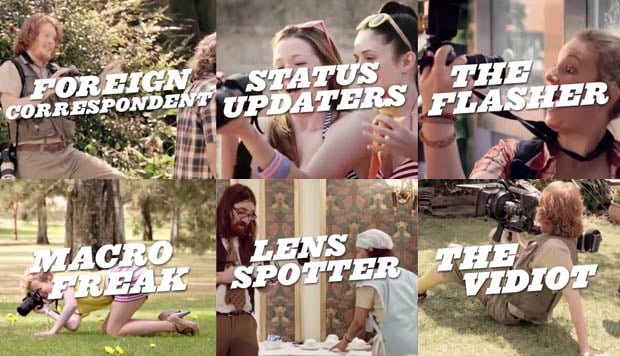 Here are the eight videos uploaded to the channel so far:

Sony is currently the #2 in the rapidly growing mirrorless camera market (at least in Japan), while companies that have been traditional powerhouses in the DSLR industry — namely Canon and Nikon — have struggled to make a splash. Sony is moving away from DSLRs and into SLTs, so it’s free to bash on its old industry at the expense of its rivals.