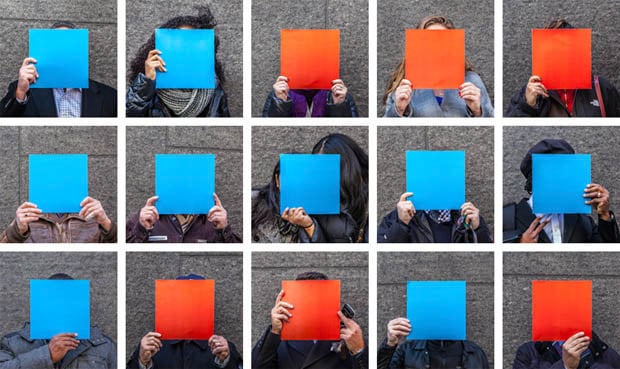 In election exit polls, pollsters stand outside polling places and ask voters who they voted for in order to obtain an early indication of what the election results might be. During the 2012 presidential election yesterday, Aymann Ismail and Nate Cepis over at Animal New York decided to put a photographic twist on the concept. They write,

ANIMAL headed to our local polling place at 322 West 48th Street in Hell’s Kitchen today to conduct a completely unscientific, anonymous exit survey–by asking voters to hold up colored pieces of cardboard to show support for their candidate of choice […] Seriously, who needs cable news–with its endless battery of pundits, bad suits, and holograms–when you’ve got some colored paper and a camera?

It’d be neat if news organizations did this on a large scale and then used the resulting photos as colored pixels in exit poll graphics. The colors in the graphics would be actual photos of the people who cast those votes!

Primer on Shooting Long-Exposure Night Photos on a Mountain