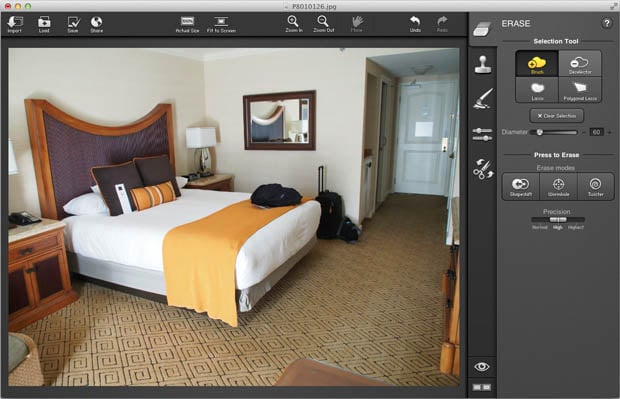 When Adobe unleashed Photoshop CS5 back in April 2010, one of the big features that had photographers buzzing was Content Aware Fill. With a simple selection and a few keystrokes, the tool could magically delete a portion of a photograph and replace the void with details from the surrounding area. The tool was so revolutionary that when a sneak peek demo went viral, viewers began calling the video fake and too good to be true. It wasn’t.

The problem for some photographers, however, was the fact that the tool could only be had with an upgrade to CS5; $150 was a steep price to pay if you were only interested in a single feature, regardless of how cool it was.

If you’re still using Photoshop CS4 or older on a Mac but would love to use Content Aware Fill, here’s some good news for you: there’s a great alternative that’s far cheaper than a Photoshop upgrade. It’s called Snapheal, created by a company called Macphun.

The app offers many of the basic tools you’d expect to find in a cheap image editing program (e.g. clone stamp, brushes and sliders for exposure/shadows/highlights/etc), but the main attraction is the Erase panel: 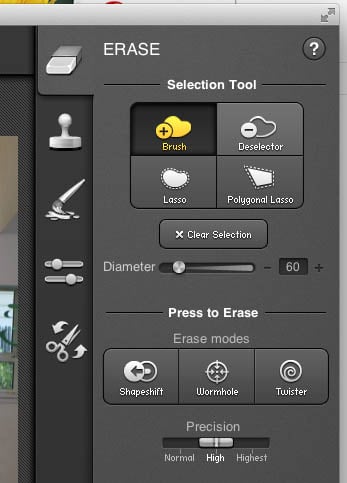 Erasing a portion of any photograph is stupidly simple: make your selection using one of the four Selection Tools, and then choose one of the three Erase Modes for the magic to happen. The precision of both your selection and the magical erasure can be adjusted using sliders.

Let’s say we take the photograph of a hotel room seen above, and make the following selections: 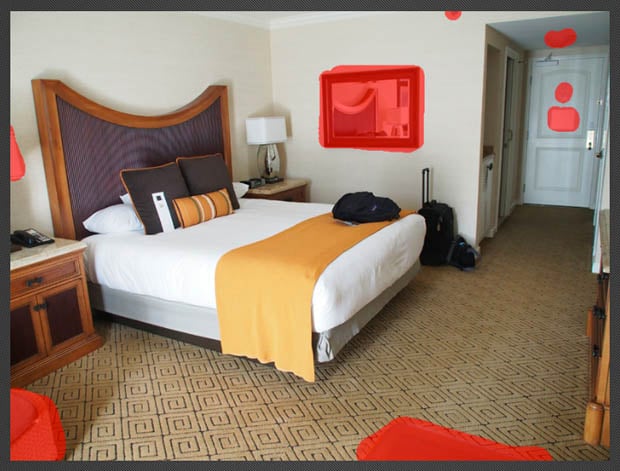 Calling upon “Wormhole” with Precision set at Normal results in this (click for a larger version): 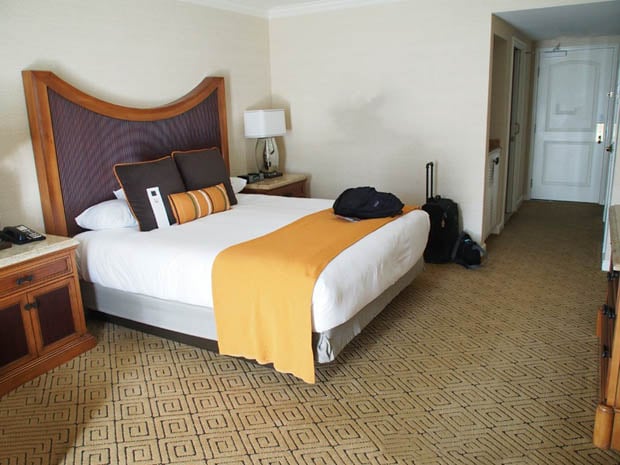 Not a bad job, considering it only took less than a minute of selecting and a single click of a button. You normally wouldn’t do all of your selections and deletions in a single step; doing each portion individually yields the best results, since it allows you to undo, rinse, and repeat on just those areas.

We’ve been trying out Snapheal for a good amount of time now, and have used it for quite a few images that have been published in our posts. We’ve almost always been able to make the deletions we need with minimal effort.

The program is also compatible with RAW images and photographs as large as 32 megapixels. You can just drag whatever you need to edit into the app without having to turn it into a smaller JPEG first.

An interesting aspect about the program is that it’s so simple it’s enigmatic. It’s a black box — you don’t really need to know what’s going on or how things work. You just have to play around with it to see if it does what you hope it’ll do.

The three Erase Modes, Shapeshift, Wormhole, and Twister, don’t come with very much explanation besides the fact that they’re for big objects, small objects, and multiple small objects (respectively). Figuring out which one is most suited for each particular photo is often just trial and error.

Having the program detect what the context is and replacing the three buttons with one would be nice, but that’s probably asking too much (image editing is bound to get there, though).

Multi-taskers may be dismayed to know that the app only takes one image at a time. You can’t load multiple photos in separate windows and edit them concurrently.

Like with Photoshop’s Content Aware Fill, you’ll also want to make sure your computer is powerful enough to handle the feature. Otherwise, larger erasures could require a good deal of waiting around. The progress bar pop-up eases the pain a little — it includes a constantly updating AmazingFact ticker that fills you brain with all kinds of random trivia while you wait: We’ve also had the occasional freeze, but they’re few and far between. Even when the program froze up, we were still able to save the image that were working on before terminating the program.

Snapheal is regularly priced at $20, but has been on sale for $8 for quite a few days now. We’d consider it a steal at either price, since the app is pretty much Photoshop’s highly touted Content Aware Fill sold à la carte.

If you use a Mac and could use a little assistance in cloning out portions of photographs, then definitely give Snapheal a look. You can download a free trial if you’d like to vet it yourself prior to purchasing.

Update: Okay, after doing some searching, I wouldn’t trust the little trivia box too much. That “bee in a film canister” fact seems a bit ludicrous.

Full disclosure: We were provided with a free copy of Snapheal for the purpose of this review