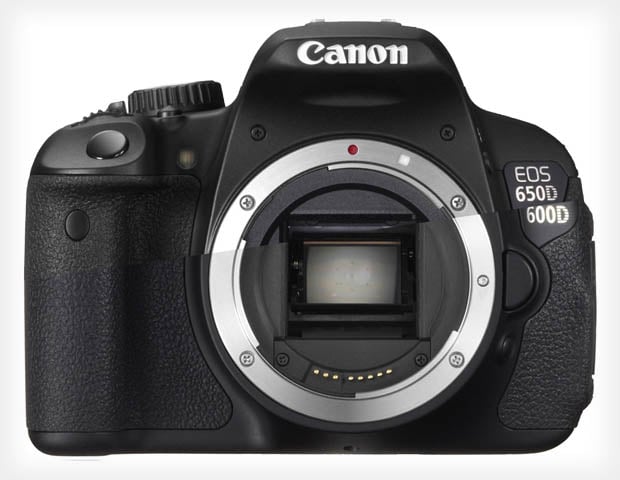 With each new generation of popular digital camera lines, consumers generally expect that feature upgrades also be accompanied by improvements to the image sensor. According to camera testing service DxOMark, that’s not the case with Canon’s entry level DSLR lineup.

The rating company released a report this week detailing its tests of the latest Canon EOS 650D, known as the Kiss X6i in Japan and the Rebel T4i in the US. In their conclusion, they suggest that Canon has grown complacent with the image quality of its entry level sensors, and is instead choosing to focus on feature improvements, such as ergonomics and consumer-friendly controls:

When we first heard the announcement about the EOS 650D and its new sensor, we hoped to see a gain in image quality sensor performance, but the Canon EOS 650D’s sensor scores have left our hopes high and dry […]

Canon is outclassed by both Sony in terms of sensor technology, particularly where color depth and dynamic range are concerned. So the Canon EOS 650D’s strong points must be found elsewhere […]

This said, the line that marks the gap between Canon sensor performance and those of Nikon and Sony is becoming more pronounced, particularly for dynamic range and color depth (less so for sensitivity). And in fact, the excellent test scores of the Nikon D600’s 24 Mpix full-frame digital reflex make us all the more eager to test the Canon EOS 6D’s 20 Mpix full-format sensor. For the EOS 650D’s sensor, however, even its hybridized autofocus cannot deflect the conclusion drawn from our DxOMark test results: “same old, same old.”

Here’s how the 650D’s sensor stacks up against the DSLRs from the previous two generations: 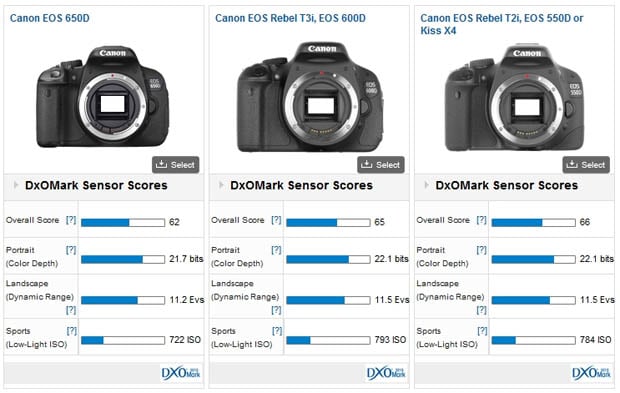 Could this apparent regression be opening to door to other camera companies chipping away at Canon’s massive market dominance?

A reader named Albert recently pointed us to a Google Trends head-to-head comparison of the terms “canon” and “nikon”. Canon appears to be dropping in public interest, while Nikon hasn’t changed much:

Companies like Nikon and Sony have been generating a good deal of buzz lately for things like sensor quality and pellicle mirrors, so perhaps Canon’s entry level lineup is starting to seem lackluster in comparison to consumer… Canonites should cross their fingers and hope that when the 700D arrives, DxOMark won’t be saying, “same old, same old.”

Update: Reader seza points out adding “dslr” to the Google Trends comparison returns a chart that paints a different picture.

Are These Photographers Geniuses?