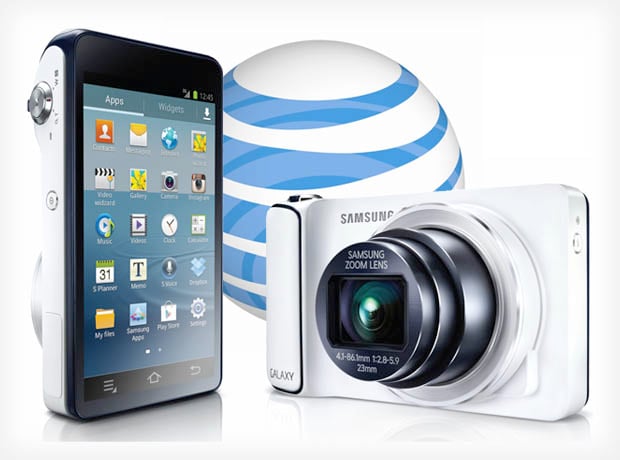 Hello future. We have now entered the age in which wireless telephone carriers launch dedicated digital cameras. AT&T announced today that it will be the first major carrier in the US to offer the Samsung Galaxy Camera. The reason this upcoming Android Jelly Bean-powered camera will be offered by phone companies in addition to standard gadget retailers is because it’s one of the first digital cameras that you can purchase a 3G/4G data plan for.

Wirelessly enabling Samsung’s Galaxy Camera will create a significant shift in how consumers share and communicate with photos and videos. By posting instantly to social networking sites or sending directly to another device, the person behind the lens is essentially offering family and friends the opportunity to share in the moments as they are actually experiencing them. We’re excited that the AT&T wireless network will help enable these opportunities.

Since the device also comes with Wi-Fi, we can’t imagine too many consumers tacking on another data plan to their monthly budgets purely for this camera. Using an existing smartphone for tethering or as a personal hotspot is probably the more affordable and logical option for most.

The folks over at Engadget got a chance to go hands-on with the new AT&T enabled Galaxy Cam today (we played around briefly with a non-connected one at Photokina). Here’s what they had to say:

That speedy 1.4GHz quad-core processor helped us along, speedily swiping through Jelly Bean’s panes and launching its photo app promptly. Apps like Instagram were also on display, allowing for even nicer photos to be defiled by software filters (we kid!). The AT&T connectivity allowed us to upload photos directly to the cloud while snapping, utilizing its Auto Cloud Backup feature; image quality isn’t quite professional-grade, but its no slouch either.

The Galaxy Camera is, for all intents and purposes, a full-on Android smartphone … minus that whole “phone” thing. Its heft is perhaps more than we’d like in a point-and-shoot, but that gigantic — and gorgeous — viewfinder out back certainly helps assuage our space concerns.

You’ll be able to buy the Galaxy Camera starting later this month for a yet-unannounced price.