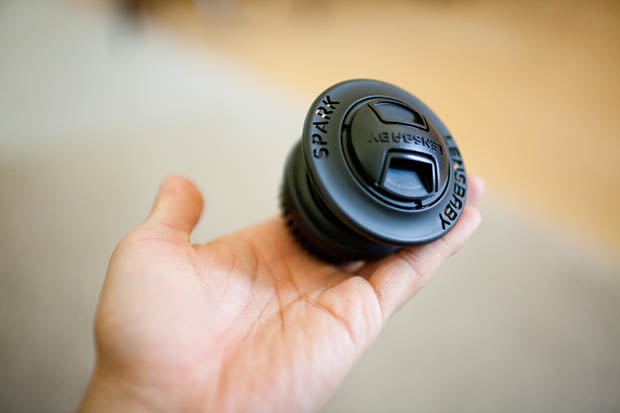 Lensbaby’s big announcement at Photokina this year was the new Spark: an affordable plastic lens that offers selective focusing at a low price point of $80. A few weeks prior to the announcement, the company sent us a free copy of the lens to test out.

Here’s what the lens looks like when attached to a DSLR: 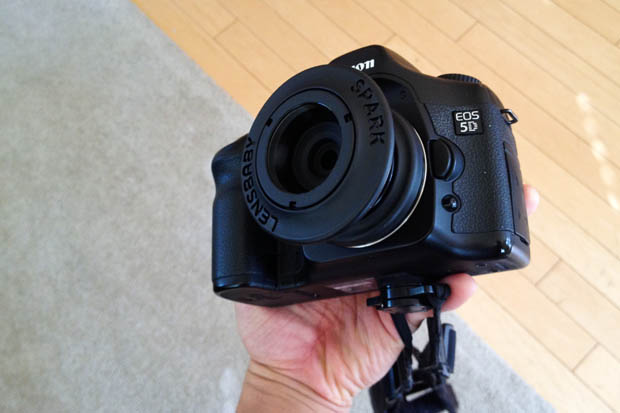 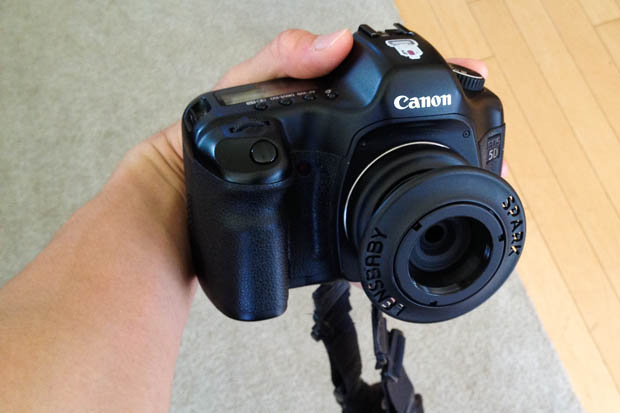 The Spark is a 50mm f/5.6 lens that features a plastic build and a spring-like body. You use it by squeezing the lens together like an accordion, which affects the location, distance, and size of the picture’s in-focus area. It doesn’t communicate with your camera at all.

Appearance-wise, it looks a bit like some kind of mutant plastic mushroom. It’s a lens that’s sure to attract some strange looks when used out in public.

It’s not something that can be quantified, but using the Spark is very enjoyable. It’s a nice break from ordinary photography, and trying to get your subject into a small and narrow circle of sharpness is something that you don’t experience with “real” lenses. If “fun-ness” was a criteria for camera lens reviews, then his lens would undoubtedly score a pretty high mark.

Despite being a plastic lens, its simplicity makes it feel somewhat durable. When you buy an ordinary cheap lens for your DSLR, the combination of fragile guts and plastic build puts it at risk of being destroyed if you ever bump it or drop it.

Not so with the Spark. It’s pretty much a chunk of black plastic with a tiny amount of glass at its core, so it should be able to withstand a good amount of abuse. 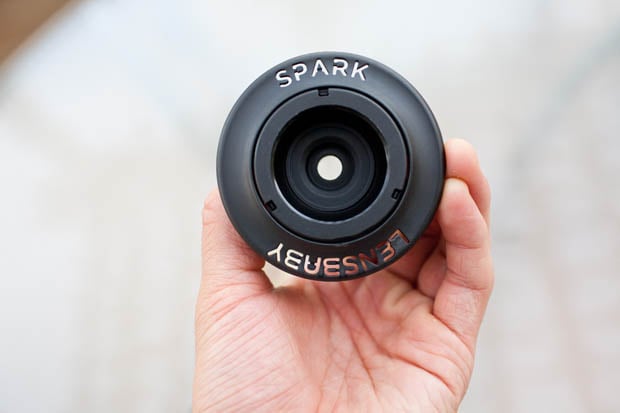 The photographs that the lens produces are pretty neat. Faking tilt-shift has been an emerging fad on the Internet as of late, but this lens lets you achieve a similar look without any special digital trickery.

Here are some sample photos shot using the Spark:

Getting the lens to focus on the area you want to takes some practice. There’s no guarantee that you’ll get it exactly as you want, since you’re eyeballing the focus while looking through the viewfinder. The lens would certainly be more powerful if paired with live view and focus peaking, but without any focusing aid, it can be a bit frustrating. 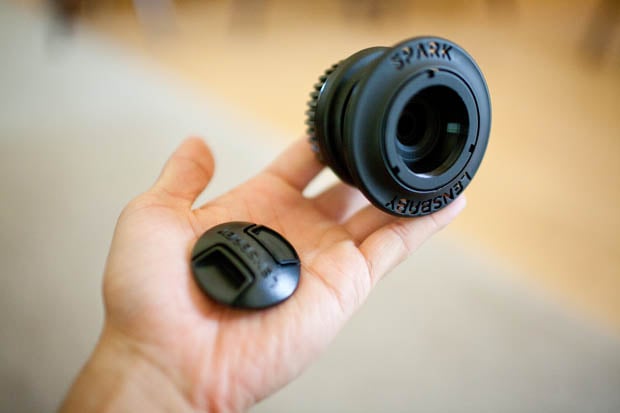 The fact that the focus is achieved by squeezing the lens means that it’s difficult to get the same focus for two separate shots. If you spend a good amount of time getting the focus exactly like you want it, but mess up the exposure, you’ll need to re-squeeze the lens and start your focusing process all over again.

Metering properly through the lens is also a bit tricky. I spoke with Lensbaby founder Craig Strong at Photokina, asking him about my metering woes. His answer was that the lens behaves a bit differently on different cameras, with the resulting photos often being consistently over-exposed or under-exposed. You’ll need to figure out the lens’ behavior on your own camera, and adjust your exposure compensation based on that.

Setting my own exposure compensation to under-expose photos by about 1 stop helped immensely. 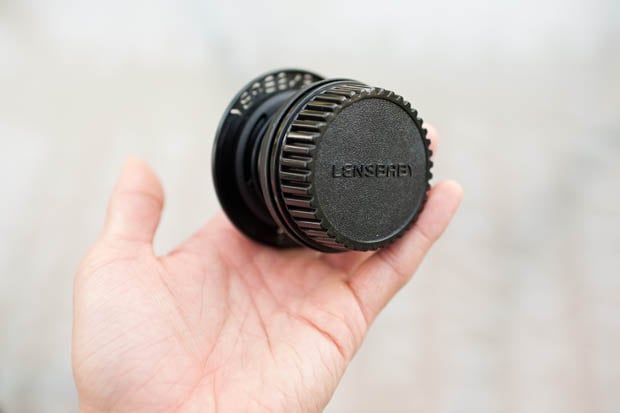 Let’s be clear: the Lensbaby Spark is a toy lens, made for playing around with non-standard focusing without having to shell out bigger bucks for a tilt-shift lens. It’s not a lens that you’ll be purchasing to upgrade your professional photography kit, or one that you’ll be taking along to important photo shoots, but it’s great at what it’s designed for: fun.

It’s fun being able to narrow your focus to one particular circle within the frame, just like it’s fun to play around with a pinhole lens or attach a vintage lens to a modern day digital camera.

At $80, it’s not exactly cheap, but it’s certainly cheaper than the next cheapest Lensbaby lens: the $150 Muse. Since you can’t use the Spark for anything but selective focus photographs — it doesn’t really take normal photos with sharp focus throughout the frame — you should know that your $80 will be going entirely toward playful photography.

If that’s what you’re after, however, then the Lensbaby Spark is a great plaything to carry around in your camera bag, and a suitable gift for a fun-lovin’ photo enthusiast (that you care a lot about).

Full disclosure: Lensbaby is a long-time sponsor of this website.

Are Cheap Shares in Bankrupt Kodak a Good Investment?