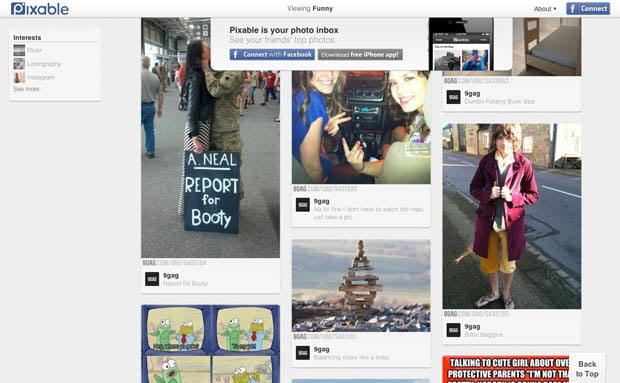 Social photo aggregation service Pixable has been acquired by Singaporean telecommunications company SingTel for $26.5 million. The service helps in photo browsing and discovery by aggregating photographs from your various social networks (e.g. Facebook, Twitter, Instagram, Flicker) and using a special ranking system to only show you the interesting images. Billing itself as a “photo inbox”, users can also keep up with their friends’ photographs on-the-go using the company’s popular iOS and Android apps. Founded in 2009 by a trio of MIT graduate students, Pixable takes a page from Google’s book by using a special algorithm to determine the worthiness of photos. Called “WorderRank”, it attempts to figure out what might be the most interesting to the user by taking more than 70 criteria into account. What’s more, the app becomes more and more customized as you use it, using your decisions to tweak the recommendations to your tastes.

It seems that the algorithm does a pretty good job, as the app has been installed more than 4 million times by people around the world, and the rate of downloads continues to grow.

In the press release announcing the acquisition, SingTel states that it plans to introduce the app to its 462 million mobile customers in Asia and Africa, using it to “further enrich the content and connections” for those customers.

The Booths of Major Camera Companies at Photokina 2012

Are DSLRs No Longer the Recommended Cameras for Newbie Photographers?