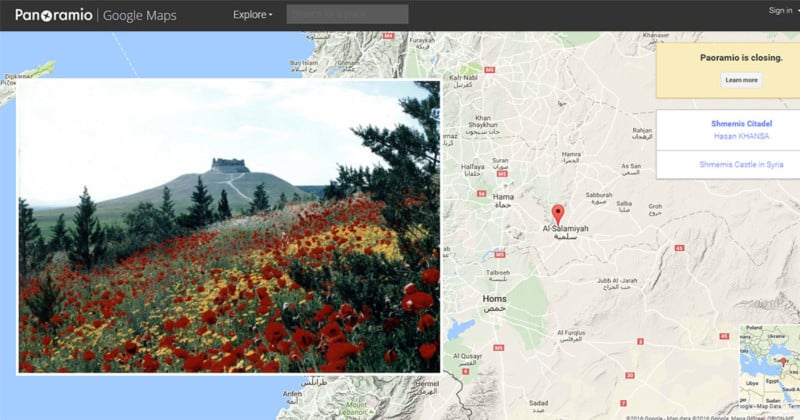 Google is shuttering Panoramio, the location-centric photo sharing service it acquired back in 2007. The service will officially be ending on November 4th, 2016.

Panoramio was founded in 2005 by two Spanish entrepreneurs, Joaquín Cuenca Abela and Eduardo Manchón Aguilar, and was based around the idea of organizing shared photos around the specific locations they show. The service hit 1 million user photos in March 2007, 2 million in June 2007 when it was bought by Google, 5 million in October 2007, and growing to nearly 100 million this year.

In addition to browsing the Panoramio website, the photos are available as a content layer in Google Earth and Google Maps, allowing people to visit locations around the world through photos. 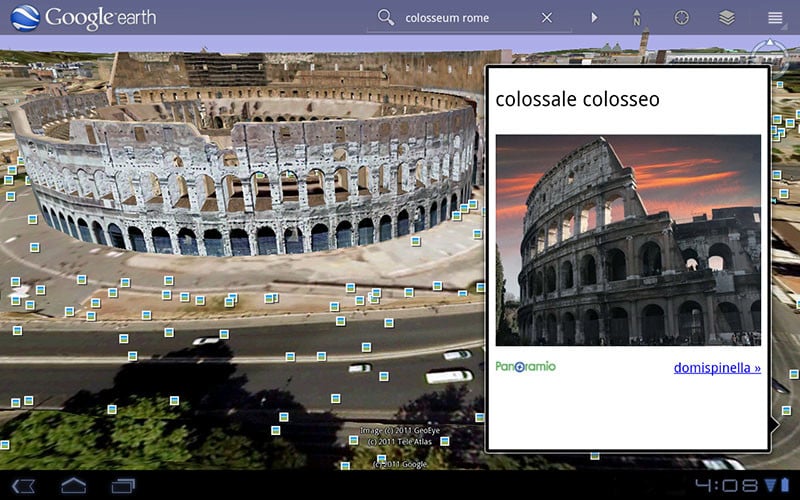 Despite Panoramio having millions of users and a vast treasure trove of photos, Google has apparently decided that keeping the service alive isn’t worth the cost. After November 4th, everything will switch over to being read-only for a year to give users time to access and download their photo archives. After November 2017, Panoramio photos will be copied to the Google Album Archive.

(via Panoramio via CNET)