A week after acquiring a 2-man mobile-app-developing team, photo-sharing service 500px has launched an official app for the iPhone, which joins the iPad version that was launched about a year ago.

Both apps draw attention to the photos they display by using a monochrome user interface. The new iPhone app has the same “Flow” timeline feature (a photo stream curated by your connections) as its older counterpart, except it has been optimized for smaller mobile device screens. 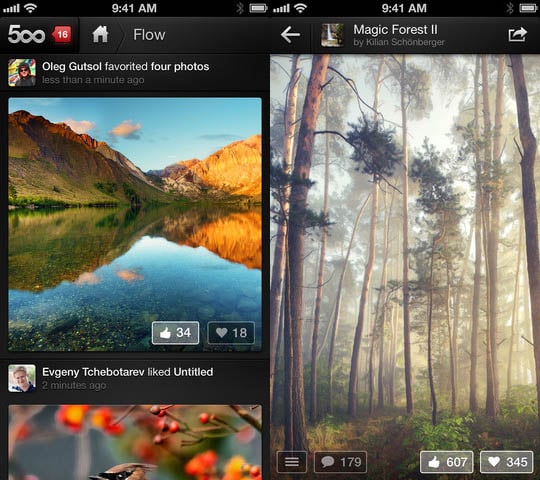 At the top of the new iPhone app is a navigation bar that makes browsing various sections a snap. You can quickly switch between your favorite categories, which include Fresh, Editor’s Choice, Popular, and Upcoming. You can also search for photographs by the photographer’s name and by keywords.

As you’d expect from a service’s official app, you can also interact with individual photos by liking, commenting, and “favoriting” them. Tapping a photographer’s profile icon brings up their personal information.

TechCrunch reports that roughly 50% of the service’s 1.5 million registered users have downloaded the iPad app, with people using the app upwards of 40+ minutes per session. The smartphone app is used for much shorter periods of time: about 5 minutes per day.

The service is currently growing at 100,000 users every month, and the 31-employee company is planning to double its headcount over the next year or so. 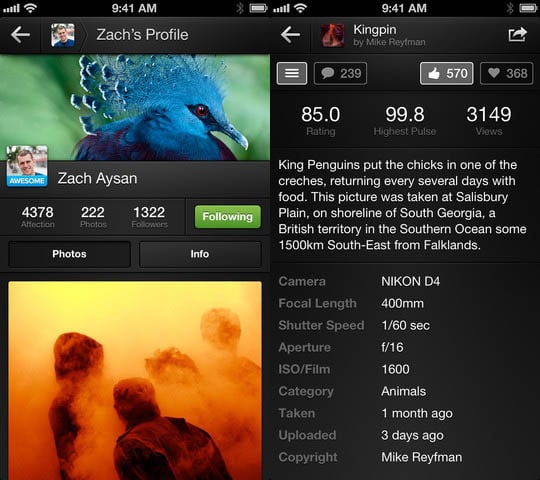 The Toronto-based startup is hoping to match previous app launch successes with this new iPhone app. The iPad app reportedly generated 100,000 downloads in just the first week. The iPad and Android apps have now been downloaded nearly one million times over the past year. Not bad for a company that only launched back in October 2009.

Macy’s Thanksgiving Day Parade in NYC, Photographed From High Above