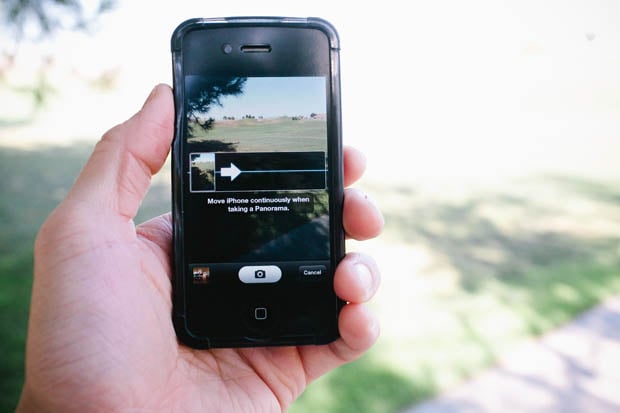 iPhoneography has made some significant advancements in the past couple of weeks due to the launch of the iPhone 5 and the release of iOS 6. Here’s a brief report on some of the interesting improvements and changes.

In November 2011, it became clear that Apple was working on its own panorama feature after the functionality was discovered deep inside iOS 5. Enabling the feature back then wasn’t difficult, but it was obviously half-baked.

The resulting panoramas would be blurry, distorted, and make your images look as though your phone’s camera was under the influence of something:

Well, Apple has put a lot more work into the panorama mode for iOS 6, and it’s actually very usable now. You can sweep your phone very quickly across a scene, and it will automatically fix the hand shake that was present during exposure. The resulting image is stitched together extremely quickly, and looks quite nice:

The sample shots above are both crops, by the way. The panoramas that actually pop out are much longer. If you’ve been looking for a panorama app for your iOS device, you don’t need to download a 3rd party app anymore (unless you need more than a 180-degree field-of-view). Just upgrade to iOS 6.

Chris Burns over at SlashGear writes about an interesting fact that hasn’t been reported very much: pixel oversampling. Taking a page from Nokia’s book (with its PureView tech), Apple has started doing pixel oversampling for low-light photographs. This means that when you’re shooting in poorly lit conditions, your photos may pop out at around 4-megapixels instead of the standard 8, due to the fact that pixel data was condensed to favor quality over quantity.

It combines data from four adjacent pixels on the sensor into a single pixel in the resulting photo, providing two extra stops of sensitivity. Nokia does something similar with its 808 PureView phone, creating ultra-high-quality 5-megapixel photos by doing a 7-to-1 conversion on its 41-megapixel sensor. 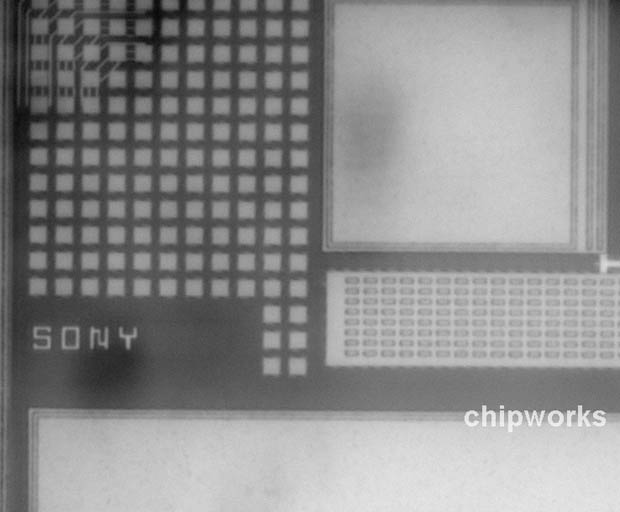 Nikon must have told Apple good things about the Sony sensors used in its digital cameras, because Apple has gone with Sony for the iPhone 5’s main camera sensor. Chipworks did a teardown of the phone, and found “SONY” etched onto the chip. It’s the same size as the iPhone 4S’ camera sensor, but Sony is a sensor-maker with quite a solid reputation these days.