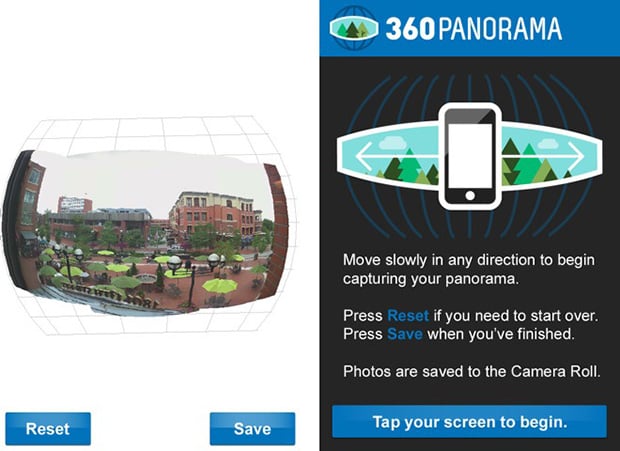 Many of Sony’s new digicams have a nifty “Sweep Panorama” feature that allows you to create panoramas of up to 224 degrees by sweeping your camera across a scene. The camera then takes the numerous frames it captured during the sweep and combines them together into a panorama for you.

If you own an iPhone, a new app called 360 Panorama allows you to go a step further. Instead of creating traditional panoramas, the app lets you quickly create 360 degree panoramas by sweeping your camera in every direction. Each 360 panorama should take about 20 seconds to create, with the app filling in pieces of the panorama on an on-screen grid as you’re sweeping.

Now for a couple downsides. First, due to the app’s processor intensive nature, it’s only available for the iPhone 3GS and iPhone 4. Also, the app has iffy reviews on the iTunes store, with customers saying that it’s a work in progress. Still, it’s a pretty neat idea, and if they get it working smoothly and correctly it would be a nice feature to add to your phone for a cool $3.

360 Panorama in the iTunes Store (via Wired)