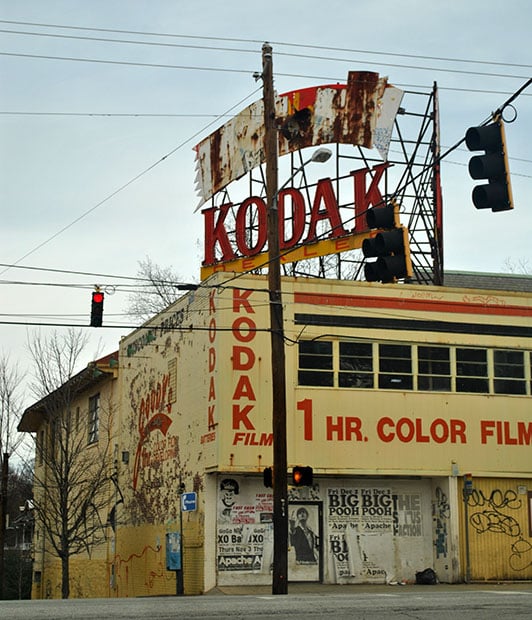 Kodak has announced that it’ll be shedding even more jobs in an effort to cut costs as it transitions into being a company solely focused on commercial printing and corporate services. Two weeks after announcing the sale of its photographic film business, the company is stating that another 1,000 pink slips will be issued by the end of this year as part of a $330 million cost cutting plan. This is on top of the 2,700 layoff notices already handed out this year, and the new round of cuts will reduce the company’s headcount to 13,400, down from the 145,000 employees it had during its glory days.

BusinessWeek writes of the drastic measures Kodak has taken in an effort to right its ship:

Kodak is “making progress” in a restructuring that includes selling its consumer-film, photo-kiosk and commercial-scanner businesses and an extended effort to auction its digital-imaging patents.

Kodak filed for bankruptcy after years of burning through cash while the rise of digital photography eroded its film business. The company had spent $3.4 billion on restructuring before bankruptcy, including payouts to fire 47,000 employees since 2003, closing 13 factories that produced film, paper and chemicals, and 130 photo laboratories.

CEO Antonio Perez is making a monumental gamble in completely changing the company from what it looked like a decade ago. Hopefully the decisions pay off.