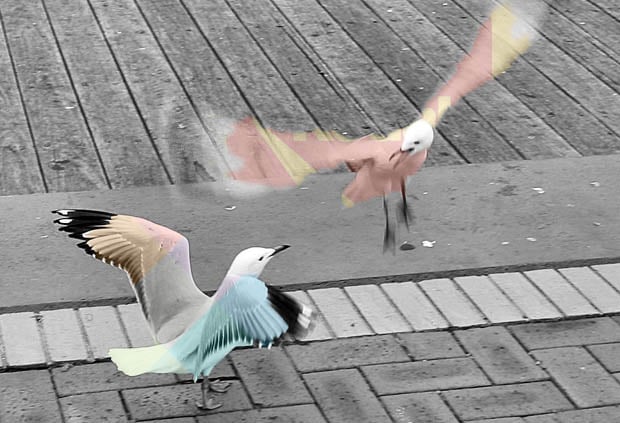 Here’s an interesting piece of photo trivia for today: did you know that Apple’s similarities with Kodak don’t end with Steve Jobs modeling his career and his company after Polaroid? The ongoing dispute between Apple and Samsung is strikingly similar to the battle Polaroid had with Kodak many decades ago.

In an interview with Wired, Instant: The Story of Polaroid author Christopher Bonanos states,

Eastman Kodak jumped into instant photography in 1976, and Polaroid sued; the two spent 14-and-a-half years in court, and Polaroid won $925 million, the largest patent settlement ever paid out. Or rather, it was the largest amount until last month, when Apple v. Samsung overtook it. And I’ll tell you, in both cases, the vigor of the lawsuit was in part driven by outrage on the part of the founder. Land wanted to go hard against Kodak because its system was, he felt, a less elegant ripoff of Polaroid’s. He had been willing to face a serious challenge that would cause him to up his game, but not a crummy one — “I expected more of Eastman” is how he put it. And we all know how Steve Jobs felt about Android — that it too was a clumsy knockoff, and that it enraged him. Same instinct.

Apple was awarded $1.05 billion at the end of August in its fight with Samsung. Polaroid’s $925 million came in 1991. Adjusted for inflation, Polaroid’s outcome was actually far greater: it won the equivalent of $1.56 billion!

Why Polaroid Was the Apple of Its Time [Wired via APhotoEditor]

Worldcam Lets You Peek Inside Private Buildings Through Instagram Photos