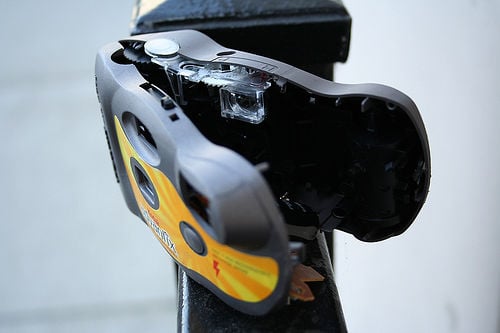 MarketWatch has an interesting article titled “Kodak Is Apple In Reverse” that compares Kodak’s meteoric fall with Apple’s meteoric rise. Back in 1997, Kodak was a $28 billion dollar company while Apple was worth a measly $2 billion. Now Apple is one of the most valuable companies in the world (currently worth $330 billion), and earns enough profit every quarter ($6 billion) to buy Kodak… six times over!

Kodak also had a 100+ year head-start in selling cameras (they first started selling portable cameras 123 years ago), but only sold 10.5 million digital cameras last year compared to the 16 million sold by Apple via their iPhone. Oh how the mighty have fallen!

Kodak Is Apple In Reverse (via Photo Rumors)

Giving Away a Rotation 360° Backpack

An Entire Relationship Told Through Photos in Four Minutes