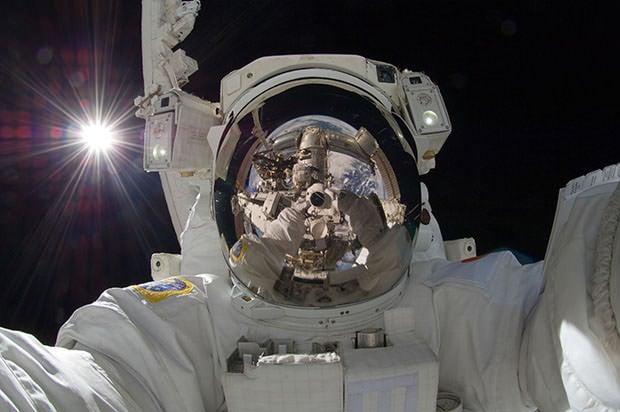 This photograph of Japanese astronaut Aki Hoshide taking a self-portrait was published to NASA’s amazing 2Explore Flickr account on Wednesday. It was snapped during a six-and-a-half hour spacewalk outside the International Space Station. The EXIF data embedded in the photo reveals that he was using a Nikon D2Xs with a 10.5mm fisheye lens at f/11, 1/500, and ISO 200.

Here’s a closer crop of the photo, which gives a more detailed look of the DSLR. Notice the padded insulation, and the lens cap that’s attached with what appears to be a metal carabiner: 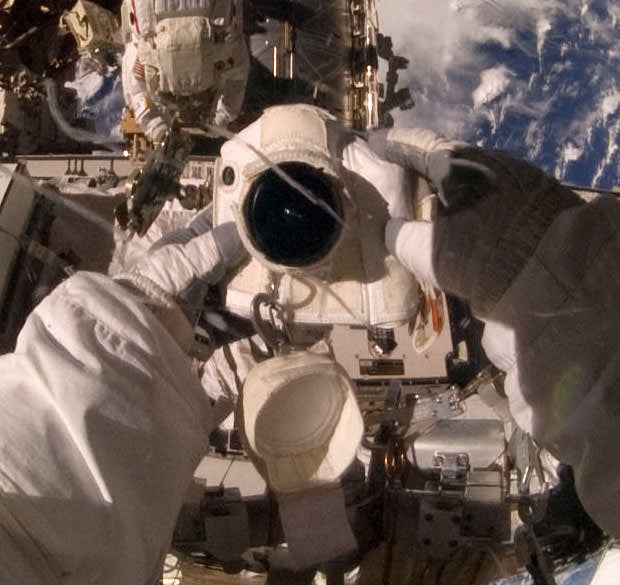 Looking through the entire photo stream, we found many more photographs showing ISS astronauts using DSLRs while floating around in space. The images offer a fascinating glimpse into how these cameras are used in space, and the special equipment that’s needed to use them.

Here’s a shot of Russian astronaut Gennady Padalka taking a shot. Notice how bulky the space suits are. If you thought shooting with gloves in cold weather was hard here on Earth, imagine what handling the cameras must be like for the spacewalkers! 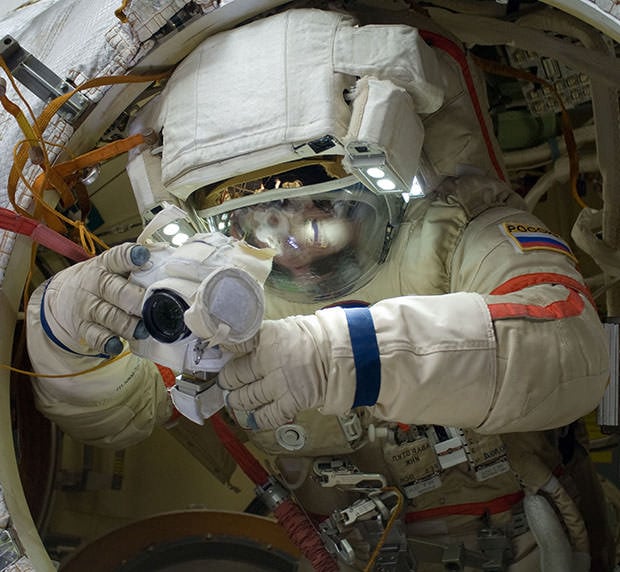 Padalka continued snapping away even as he roamed about the outside of the space station. We can’t tell whether he’s using the optical viewfinder, or is simply pressing the LCD’s live view up against his gigantic helmet: 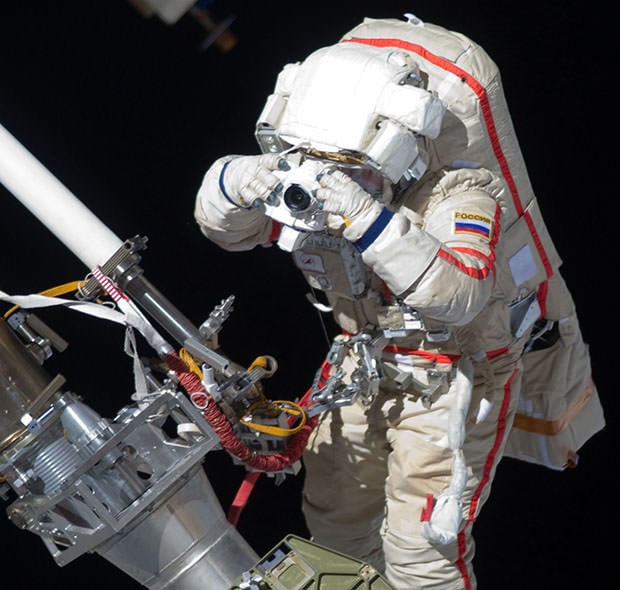 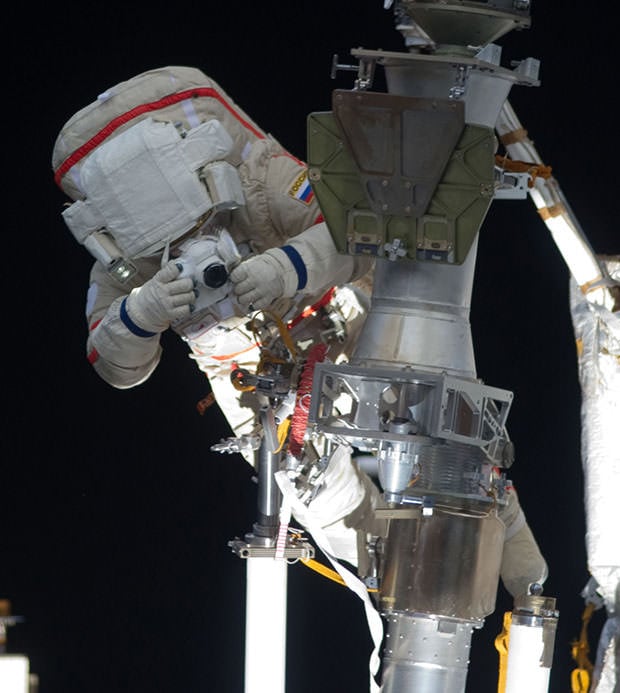 If you’re wonder how they manage to hold onto the cameras without it floating away into the blackness of space, here’s a photo showing the DSLR while not being used: 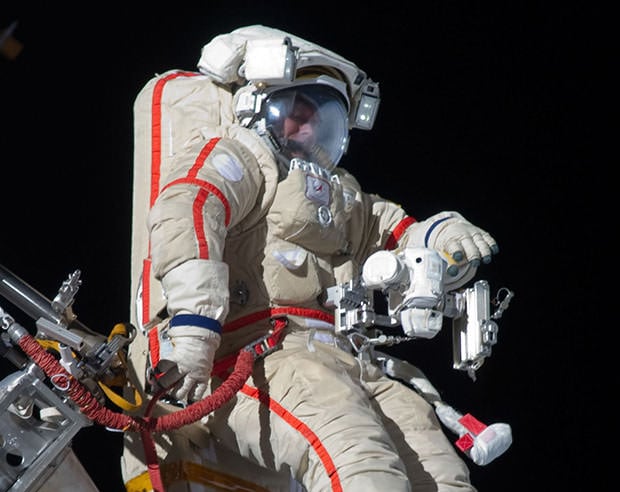 Look closely, and you’ll see that the DSLR is permanently affixed to the space suit with a crazy-looking metal arm. The bottom also appears to be attached with an extendable wire (just in case?): 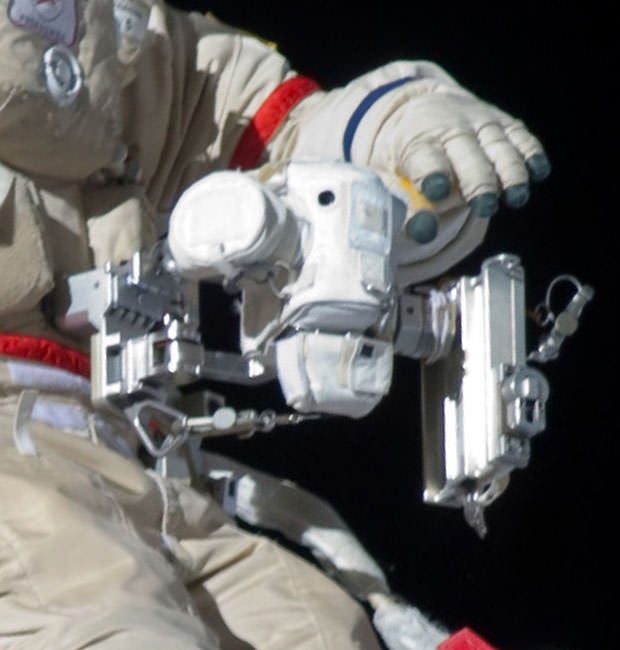 Finally, one of the popular subjects the astronauts like to snap is… themselves. A number of the photos show self-portraits that are essentially reflections using the space suit’s visor as a mirror: 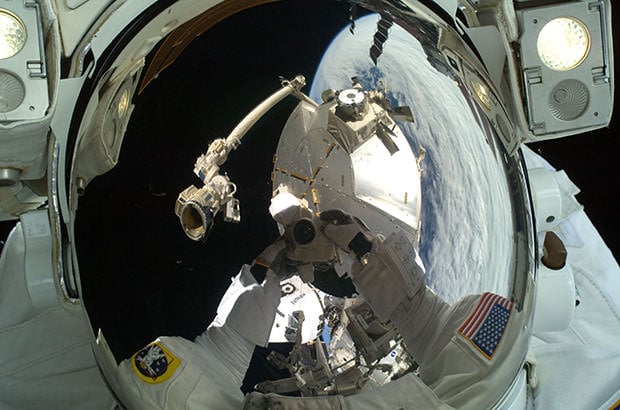 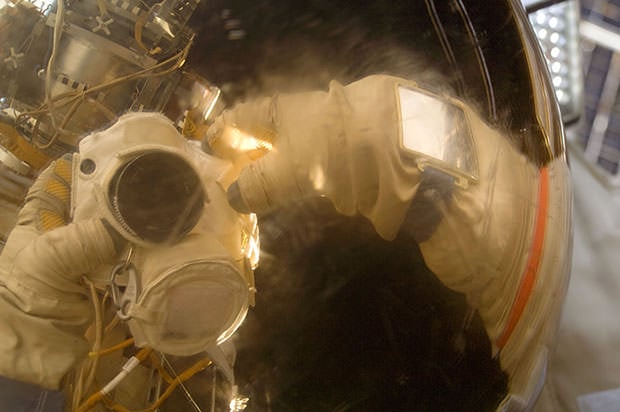 This last photograph, captured back in 2008 by Russian cosmonaut Oleg Kononenko, wasn’t shot with a Nikon DSLR. The EXIF data states that it was a Kodak DCS760C. Apparently the Russian space program made different gear choices: 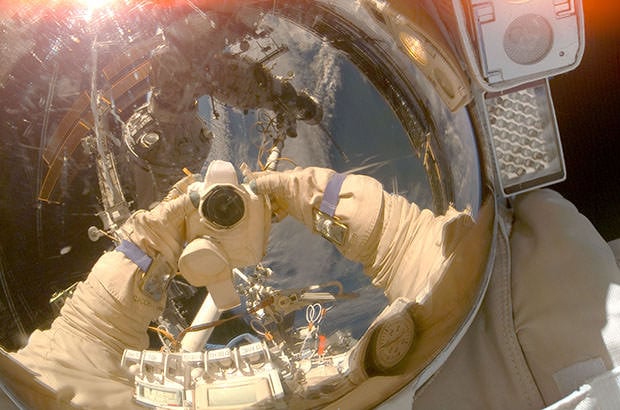 There you have it… a fun look into how DSLRs are being used by spacewalking astronauts on the International Space Station!

Thanks for pointing us to the photo, Branden!

Creating a Daguerreotype Plate Using the Becquerel Method, From Start to Finish

No Jail Time for Fairey, Artist Punished with Fine and Probation