This promo video for Nokia’s new “floating lens” image stabilization technology is causing a lot of discussion… and not for reasons Nokia should be proud about. After we included the video in a post today about the Lumia 920’s PureView camera, commenters pointed us to a post over on The Verge revealing that the video was faked.


During one portion of the video, as the happy-go-lucky girl is apparently being filmed through the floating lens on the Lumia 920, she rides past a trailer with a window: 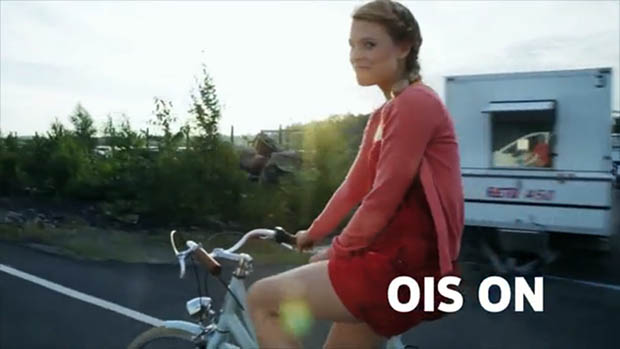 Take a closer look at the reflection, and you’ll see that it’s actually a man, a van, and some kind of steadicam that’s capturing the footage: 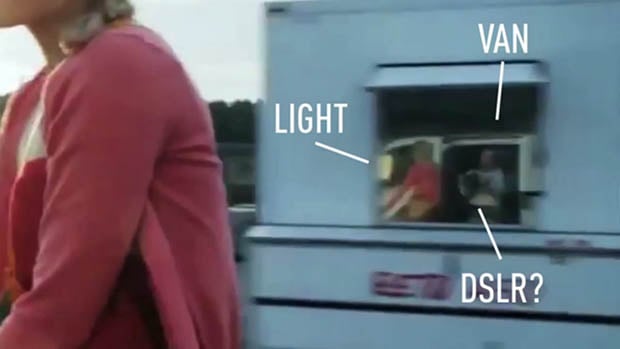 Here’s a video created by The Verge showing the segment in question:

Afte word of this fakery got out, Nokia responded to The Verge confirming that the ad is misleading. They write,

We spoke with a Nokia spokesperson who agrees that the PureView ad is misleading. They stressed that it was “never the company’s intention to deceive anyone,” but only to demonstrate the benefits of optical image stabilization.

Nokia has updated its original blog post with the blurb “[…] the OIS video, above, was not shot using the Lumia 920,” and may update the video itself with a similar disclosure.

Either way, it’s pretty clear that the video was intended to deceive, as it’s made to look like the video was captured by the guy biking alongside the girl. The PureView floating lens technology could very well meet — or exceed — the amazing stabilization ability seen in the video, but sadly, Nokia has already done a huge amount of damage to its reputation by not disclosing this fact from the beginning.