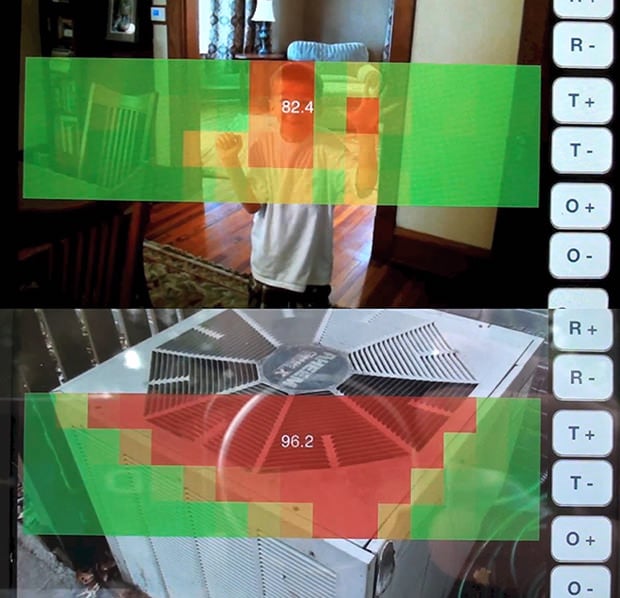 Modder Andy Rawson needed an easy way to find air leaks in his 100-year-old house in order to improve its energy efficiency. Not wanting to spend thousands of dollars on a thermal imaging camera, he decided to go the DIY route. He built a box containing a 64-zone temperature sensor, and managed to connect the device to his iPhone via the dock. By overlaying the temperature data onto the iPhone’s camera display, the $150 attachment instantly turns the iPhone into a cheap thermal imaging camera. 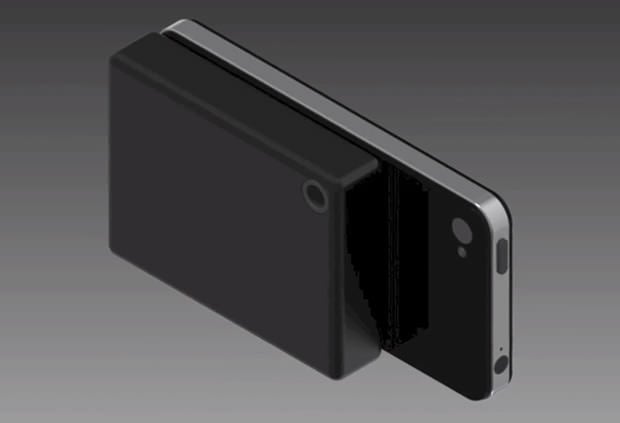 Using the app, the display can be adjusted to show different temperature ranges. Numeric readings can also be added into each zone instead of just one of them.

Here’s a demo video shows the camera in action:

Rawson says that he’s planning to manufacture and sell these attachments for $150 each so that others can use thermal imaging to save money and energy at home. The app for iPhones is already completed, and he’s working on an Android version as well.

Finally, he’s also planning to open source the entire project, so if you’d rather build one than buy one, you’re in luck!

(via Rob Hopeless via Engadget)

The Macbook Air as a Concert Camera