Earlier this year, we told you about the FLIR ONE, an iPhone case with a built-in thermal camera that made ‘predator vision’ available to all.

But if the FLIR ONE is just a bit too pricy for your blood, there’s a new player in the thermal camera game you might want to take a look at. It’s called the Seek thermal camera, and while it’s not as impressive as the FLIR ONE, neither is its price.

Unlike the FLIR ONE, which was built into a case for your phone, Seek was created to be an attachment, connecting to your mobile device via Lightning or MicroUSB connector – yes, this is available for both iOS and Android devices. The differences go beyond form factors though.

Whereas the FLIR ONE comes in at $350, the Seek will only set you back $200. And although you’ll have only 206 x 156 pixels worth of resolution at your disposal, that’s probably plenty for the “I occasionally want to play around with a thermal camera” desire. 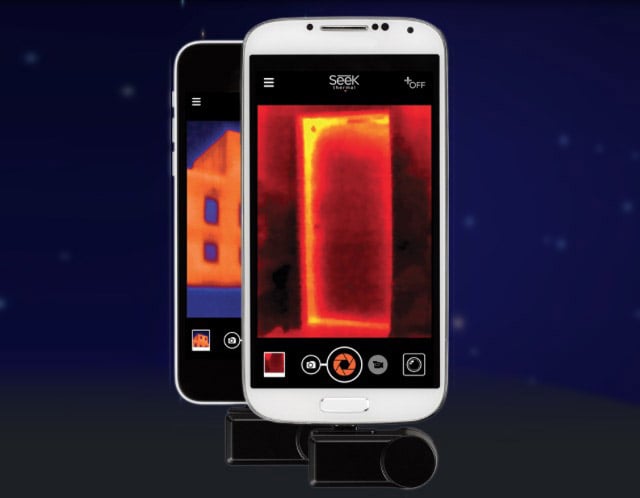 If you’d like to pick up a Seek for yourself or read more about the mini predator cam attachment, head over to the company’s website here. After that, you’ll just have to figure out what shenanigans you’ll be using this for.

The Itsy Bitsy Spider: A Tiny Spider Made Itself at Home Inside This Lens