A one-point perspective photograph is one in which there exists only a single vanishing point. Parallel lines in the scene all converge on that single point, leading away from the viewer. It can be used for interesting compositions, especially if that vanishing point is placed at the intersection points of the rule of thirds.

Filmmaker Stanley Kubrick has a habit of using one-point perspective for dramatic effect, often with the vanishing point in the dead center of the frame, disorienting the viewer and creating tension for his scenes. Film enthusiast kogonada recently took a bunch of Kubrick films, collected the shots showing this technique, and created the interesting supercut seen above.

You can find other example photos using one-point perspective over on Flickr. Here’s an example found on Wikipedia showing both techniques being used: 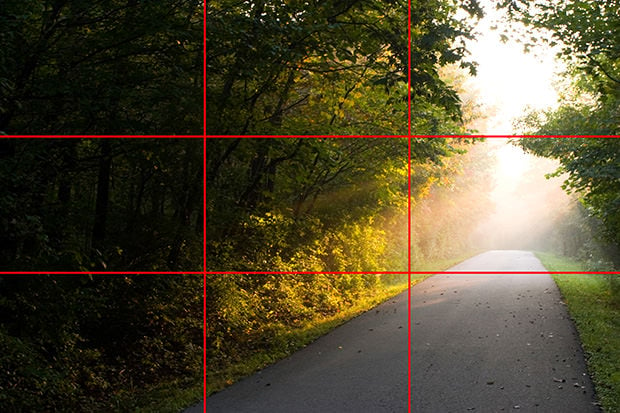